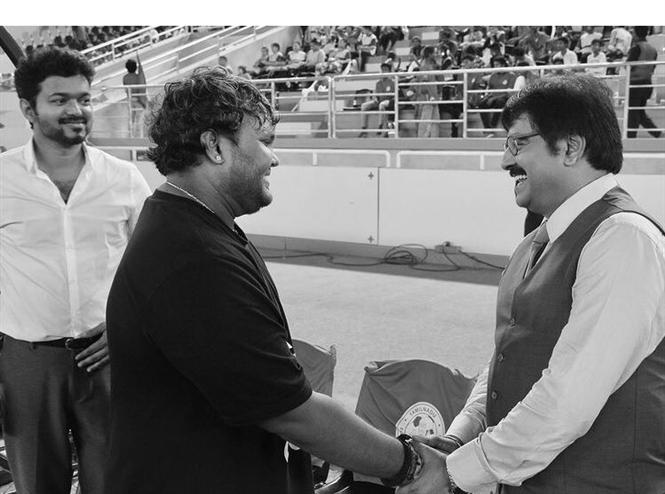 2019 was a significant year for late comedian Vivek. Not only did he appear in two movies starring Ajith (Viswasam) and Vijay (Bigil), he also turned heads with his solo movie Vellai Pookal. Vivek's demise is still being mourned across Tamil film fraternity and its audience and a latest message in memory of the late actor came with an unseen click from Bigil sets. 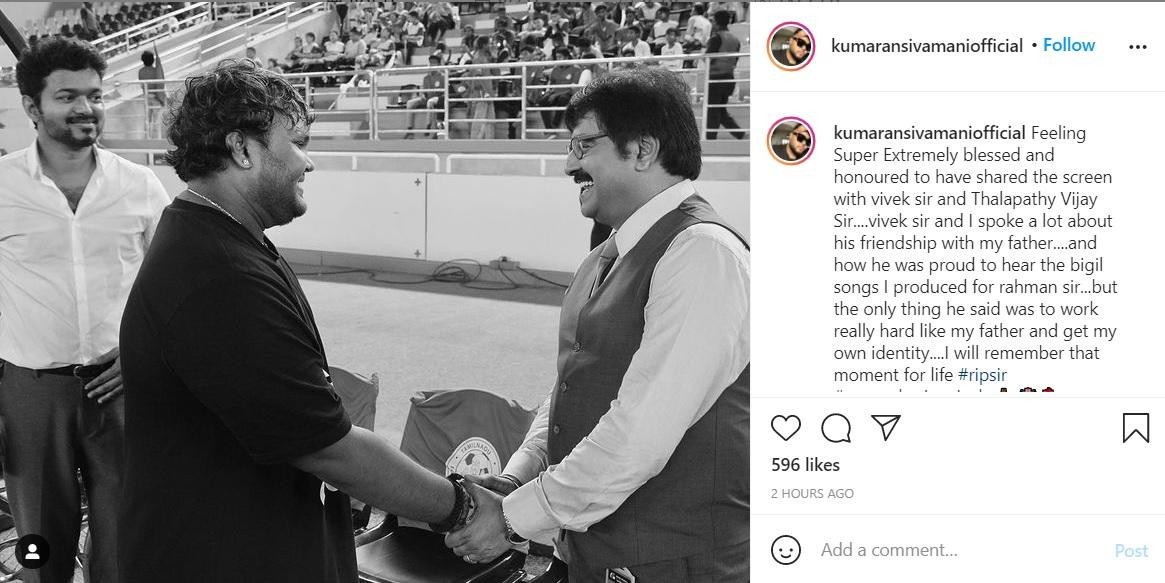 Famous drummer Sivamani's son Kumaran Sivamani, who had worked on the production of A.R. Rahman's music for Bigil shared this picture on his Instagram page and reminisced the time he spent with the actor. The image is now being shared widely on the internet.