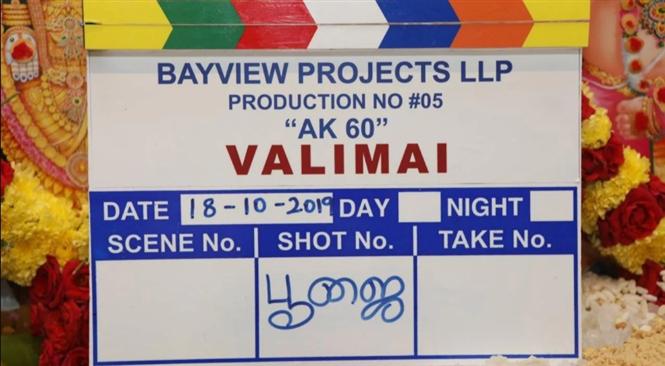 It has been close a year and a half since Valimai went on floors and Ajith fans are all set to finally get an update this month. While it is not clear if a first look or motion poster or simply the title font is going to be revealed, it is however confirmed that Valimai will have its first update in March, 2021.

Touted to be an action thriller high on nationalistic elements, Valimai is directed by H. Vinoth and is short of an overseas schedule to wrap shooting. The film was previously suggested to release in August but producer Boney Kapoor has said that he has not decided on a release date yet.