Enemy is the title of Vishal, Arya film! 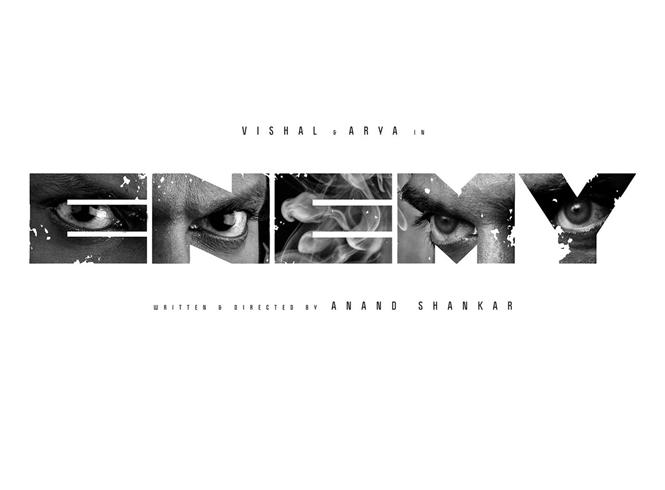 Irumugan, NOTA director Anand Shankar's upcoming film with Vishal and Arya had its title reveal today and the movie has been named Enemy. Anand Shankar took to twitter to unveil the title look poster and it featured eye-shots of both the actors.

Enemy has music by Thaman and is produced by S. Vinod Kumar. Shooting of the film is currently in progress.