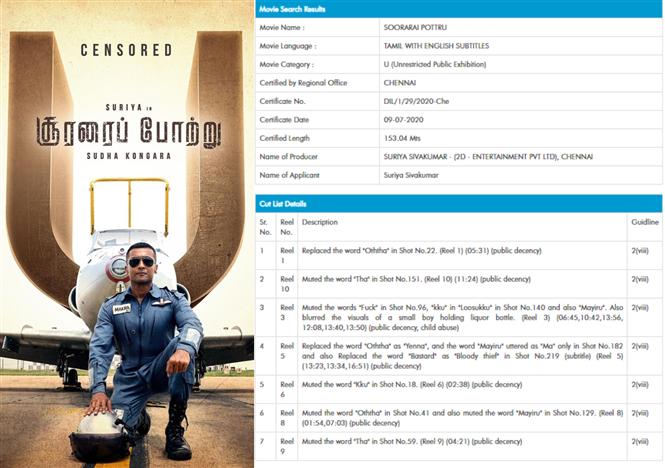 Suriya's U certified Soorarai Pottru, which is a biographical on Air Deccan founder G.R. Gopinath is waiting to be released in movie theaters once the pandemic situation is contained. And now, censore details of the movie like which words were muted, which scenes were cut have been outed and fans have been micro-analyzing the content ever since. 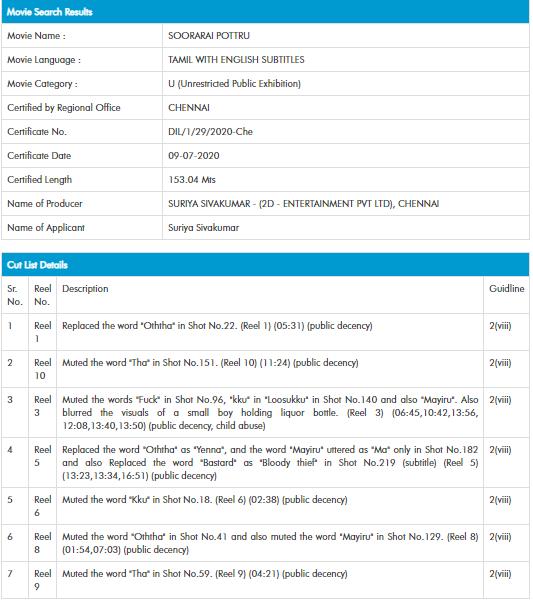 Soorarai Pottru takes place in four different time periods - 1977, 1983, the 90s and early 2000s and as already showcased in the teaser, Suriya will be seen in various looks during these timelines. The movie is directed by Sudha Kongara and produced by Suriya's 2D Entertainment with Aparna Balamurali playing female lead and G.V. Prakash handling the music.