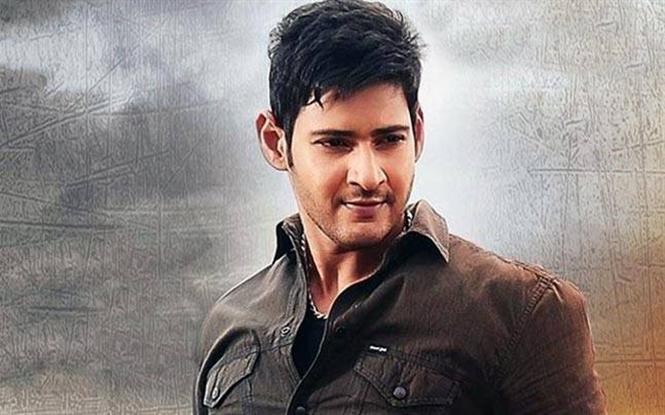 Fans and the PR team of Telugu actor Mahesh Babu recently celebrated a "world record" after achieving 60.2 million tweets under the hashtag #HBDMaheshBabu which was rolled out in lieu of the actor's birthday. The fact that these tweets were recorded within 24 hours typically means that a major chunk of the 8.4 Cr AP & Telengana population, along with Mahesh Babu fans from all around the world indulged in this Twitter fan-fest.

However as with most social media/digital trends these days, #HBDMaheshBabu was far from organic. But what made it stand out to the extent of being a laughing stock is that over-enthusiastic Twitter bots that were employed in trending the hashtag started mass re-tweeting random content accompanied by the said hashtag. From physics laws to computer codes, textbook facts to meaningless garbage, everything was RTed.

In physics and chemistry, the law of conservation of momentum states that the momentum of an isolated system remains constant. Momentum is thus said to be conserved over time; that is, it's neither created nor destroyed, only transformed from one form to another.#HBDMaheshBabu 4 pic.twitter.com/pqgb67DAzX

This law of thermodynamics is a statistical law of nature regarding entropy and the impossibility of reaching absolute zero of temperature. This law provides an absolute reference point for the determination of entropy. Jai Babu! 🔥#HBDMaheshBabu pic.twitter.com/Xovd790tNY

Sofware developers see Java is the weapon of choice when it comes to coding the scientific calculations and mathematics. These programs are designed to be highly secure and lighting fast. they support a higher degree of portability and offer low maintenance. Mb❤#HBDMaheshBabu pic.twitter.com/iSZLQFw3d6

MB accelerator also known as mB particle accelerator has many applications such as they generate X-rays and high energy electrons for medicinal purposes in radiation therapy#HBDMaheshBabu @urstrulyMahesh pic.twitter.com/OTNzzC6XKS

MBzs law states that induced electromotive force with different polarities induces a current whose magnetic field opposes the change in magnetic flux through the loop in order to ensure that original flux is maintained through the loop.#HBDMaheshBabu 122.4K Authorisers 🔥 ♻️ pic.twitter.com/1dv7Q3wPo4

It's pretty fun and easy! Anyway, yeah, I might finish my video about Viesa later. But for now, I'm gonna add more to this giant wall of text, because I want it to be the longest! It would be pretty cool 😀🤩#HBDMaheshBabu pic.twitter.com/M3aT4Xxx6h

Oxygen is the chemical element with the symbol O and atomic number 8. It is a member of the chalcogen group in the periodic table, a highly reactive nonmetal, and an oxidizing agent that readily forms oxides with most elements as well as with other compounds. #HBDMaheshBabu pic.twitter.com/51oMXfmhR6

Potassium sulfate or potassium sulphate, also called sulphate of potash, or archaically potash of sulfur, is the inorganic compound with formula, a whitesolid. It is commonly used in fertilizers, providing both potassium and sulfur. #HBDMaheshBabu @urstrulyMahesh pic.twitter.com/57NGZVcWxr

Each planet revolves round the Sun in an elliptical orbit with the Sun at one focus. The straight line joining the Sun and the planet sweeps out equal areas in equal intervals. The squares of the orbital perio #HBDMaheshBabu @urstrulyMahesh. pic.twitter.com/cNmSwHYlhp

Retweets Rampage 🔥🔥🔥
Contrary to the clear implications of many reference sources, the previous analysis is not restricted to homogeneous, isotropic bulk systems which can deliver only PdV work to the outside world, #HBDMaheshBabu pic.twitter.com/Er1cahVNfp

Twitteratis who were quick to notice this unusual bot-behaviour tested this theory by sending out random tweet themselves, only to muse themselves in the results they received. Sure, anything and everything on twitter is fuelled by bots but such blatant display of desperation takes away the little ounce of credibility left and could have been avoided for a star-actor of Mahesh Babu's status.