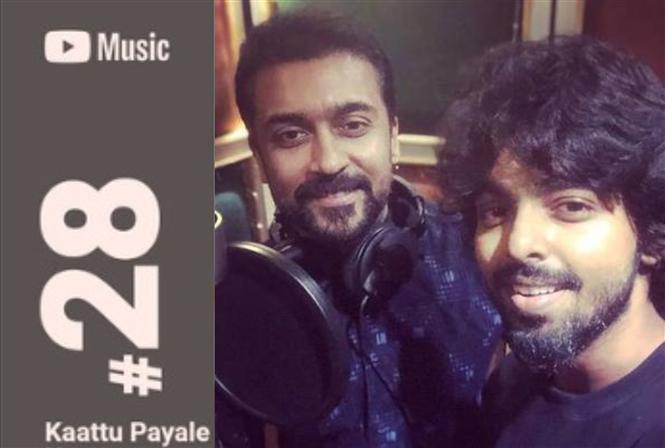 Recently Soorarai Pottru's music composer G.V. Prakash thanked his fans on Twitter for helping the film's video song Kaattu Payale break into top 100 songs in India, reaching as high as No. 28 on YouTube music. Film's producer and lead Suriya in-turnthanked G.V. Prakash for making his film even more special with his compositions.

Totally inspired by the way you reinvent yourself every time, thank u for making #SooraraiPottru more spl @gvprakash #KaattuPayale https://t.co/UQYRqB7S2z

Directed by Sudha Kongara, Soorarai Pottru is co-produced by Guneet Monga and has been dubbed in Telugu as Aakasam Nee Haddu Ra. It is expected that the makers will come up with an announcement on the film's release once the pandemic situation is brought under control.