Shakuntala Devi - Biopic with an entertaining flavour and a captivating lead performance! 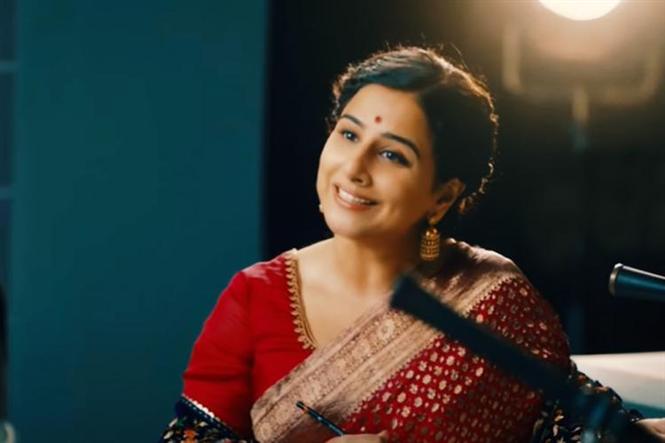 Shakuntala Devi - Biopic with an entertaining flavour and a captivating lead performance!

While biopic is possibly a genre by itself, it can be explored in different ways by filmmakers. One way is a documentary that should work as an equivalent to a history class with real life incidents recreated on screen and the other is a more mainstream version with certain creative liberties taken to make the film more engaging or entertaining. How far they can and should stretch their imagination about real life events is again debatable. To be honest, though the name Shakuntala Devi has always been rather familiar, I actually did not really know much about the person apart from the fact that her field of expertise was Mathematics. So, irrespective of whether the movie would be interesting or not, there was some genuine interest to watch this one, simply because it was going to introduce a personality to me.

The film is narrated in a non linear manner and keeps jumping between multiple timelines. As the disclaimer states at the beginning, most of the narration is through the POV of Shakuntala Devi's daughter Anupama Banerji. Despite a very short duration on screen, the childhood of the protagonist is what sets up her attitude and decisions throughout the film. We are introduced to her as a 5 or 6 year old with the superpower of solving complex arithmetic problems in a matter of seconds. The film (and maybe in real life too) treats her talent as inborn and not something that she acquires or puts effort to specialise on. What I was more interested about was from where did she get her rebellious nature. In a patriarchal setup, she refuses to bow down and keeps raising her voice but did she draw inspiration from elsewhere or this too was just her being her.

The film opts for a slightly over the top narrative style and Vidya Balan plays the quintessential mass hero minus the stunts during the initial half. Numbers keep floating on screen to make it more appealing to us, as she goes about solving complex maths problems. Given that her talent is treated as a superpower, there isn't a conflict or tension in her ascent to the top. Apart from the rather perfunctory and very few dialogues of her being looked at differently for being a woman and an Indian, there is no real threat that she faces in her field or there is nothing much shown in this regard. She is never the underdog throughout the film. The film focusses on the conflicts that she faces in her personal life. Again 'personal' might not be the apt word here because the film shows that her love for Maths is her most personal and intimate feeling. And when she doesn't want to be tied down by the requisites of a family life as defined by the society, the conflicts start piling up. As her personal conflicts take centre stage, the mass hero like glorification of the protagonist fades away and now we have a character on screen and we aren't really sure if she is doing all the right things. Her intentions are pretty clear and appreciable. She doesn't want to get bogged down by the demands of family life and doesn't want to remain stagnant at any point. "Only trees are tied to their roots, humans need to roam!" is the philosophy that she holds on to tightly. But what happens then is fascinating. While she isn't willing to be flexible, she also starts expecting those around her to adjust by making her the focal point. An understanding husband has now become someone who is robbing her daughter from her or that is what she imagines the scenario to be. While she herself believed that an individual should pursue his/her dreams, she starts to try and shape the aspirations of her daughter. The dynamics of these conflicts are interesting and the film exposes the vulnerable side of all its characters without wearing the hat of a judge. Sometimes you wonder whether her affection for her daughter is driven by her need to be the world's best mother rather than out of love.

The actors are fabulous and Vidhya Balan owns her part. In a performance that is purposefully over the top, she keeps it entertaining all the way. The film keeps moving swiftly right through and even the scenes around major plot points remain crisp. Shakuntala making a career out of astrology remains an information and not much is shown about this part of her life. While the film doesn't take any stand for the most part, I couldn't really buy into the climax which in a way tries to justify all her actions. The melodrama might work but the use of the black book ( a diary that she maintains to make a note of her achievements) and other easy contrivances to convince that she always had the best interests of her daughter come across as far fetched. So is the episode about her terming someone falsely as a homosexual under the pretext of helping to raise awareness about homosexuality. What was plain wrong is sort of given a justification through her ex husband.