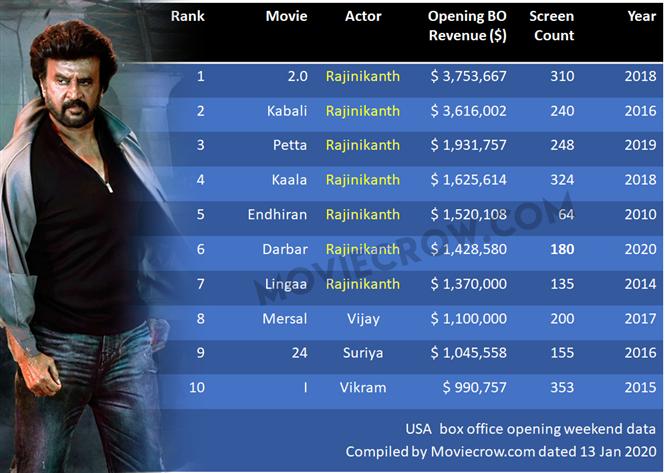 Rajinikanth's Darbar directed by AR Murugadoss which hit the screens on January 9 is ruling the roost in USA as always. The film has collected $1428580 in the opening weekend in USA.  Superstar’s film crossed $1million mark on its third day. He has added another feather to his cap as Darbar marks his 7th film to have breached past $1m mark in its opening weekend while 8 of his films (2Point0, Endhiran, Kabali, Kaala, Lingaa, Petta, Darbar, Sivaji) belong to this prestigious club at the end of their theatrical run.