Will Arya's Teddy have a Walking-Talking Bear Like Ted!? 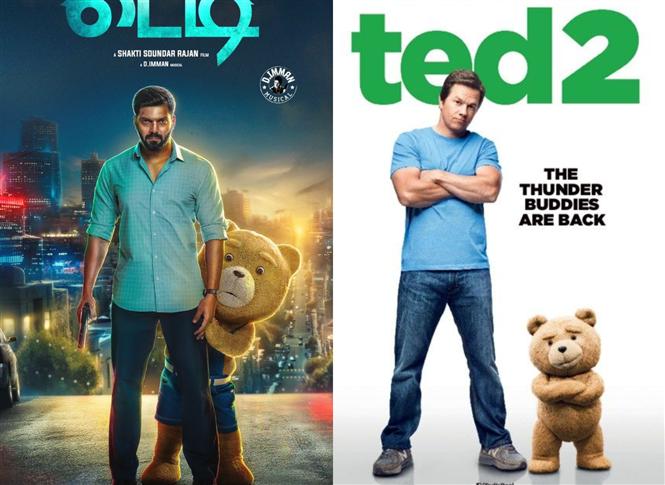 After giving us films inspired from Hollywood stories such as World War Z (Miruthan) and Armageddon (Tik Tik Tik), director Shakthi Soundar Rajan may have dropped hints at a third such movie. The first look of his upcoming Teddy has Arya sport a light blue shirt and a dark blue jean posing alongside a Teddy-bear in over-alls and this is very similar to the first look of Ted 2, where Mark Walbherg wore a similar outfit while posing along-side his walking talking jumbo bear Ted.

Mark Walhberg's movies Ted and Ted 2 were written and directed by Seth MacFarlane who was also the voice behind the motion-captured character Ted. The movies were typically comedies and focused mainly on the bond between Walhberg's character John and Ted, who came to life after a birthday wish John made when he was 8 years old.

While Shakthi Soundar Rajan has said that Teddy is a 'big-budget, one-of-its kind movie', it remains to be seen if it is an official remake of or inspired from the Ted series in anyways. Teddy produced by Studio Green is scheduled for a release Summer, 2020.