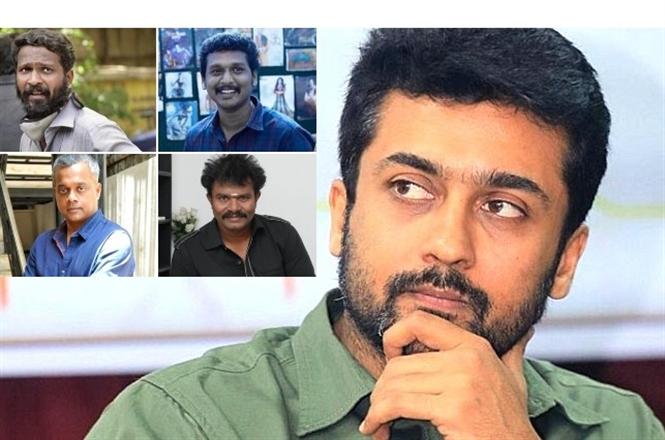 We have been reporting for a while now that actor Suriya will be seen in Hari's direction next which is most likely to be made official post the release of his upcoming Soorarai Pottru. The actor is also expected to resume his announced film with Siva, once the director completes his movie with Rajinikanth.

Additionally, turns out directors like Vetrimaaran, Gautham Menon and Lokesh Kanagaraj who were linked at various times to a Suriya project have indeed been having discussions with the actor recently. Latest confirmation came from director Vetrimaaran who admitted in a print interview that initial discussions have been going on with Suriya for a potential project.

The grapevine adds that besides the five directors who have been mentioned, there is one more undisclosed name with whom Suriya has been hearing script for a future project. Seems like Suriya is religiously focusing on who his next director will be and  along the way sending bouts of excitement to his fans with the names he is considering.