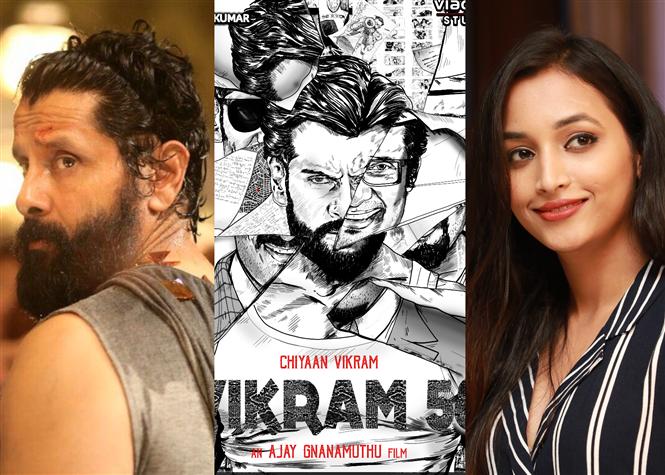 Demonte Colony, Imaikaa Nodigal director Ajay Gnanamuthu is directing actor Vikram in his 58th film (tentatively titled Vikram 58) and only recently the movie was in the news for roping in cricketer Irfan Pathan to play the role of a Turkish police officer in it. The movie which already has actress Priya Bhavani Shankar on-board had not finalized on its female lead and latest buzz is that Srinidhi Shetty has been zeroed in to romance Vikram.

An official confirmation on the same is however awaited. Srinidhi Shetty is a former pageant winner and made her debut into films with the Kannada magnum opus KGF. If her casting materializes, Vikram 58 will be her first Tamil movie.

Produced by Seven Screen Studios and Viacom 18, Vikram 58 is touted to be a suspense action thriller and has A.R. Rahman for music, Sivakumar Vijayan for camera and Amaran for the art direction. The movie will be shot in Chennai, Mumbai, Kolkatta and overseas locations.