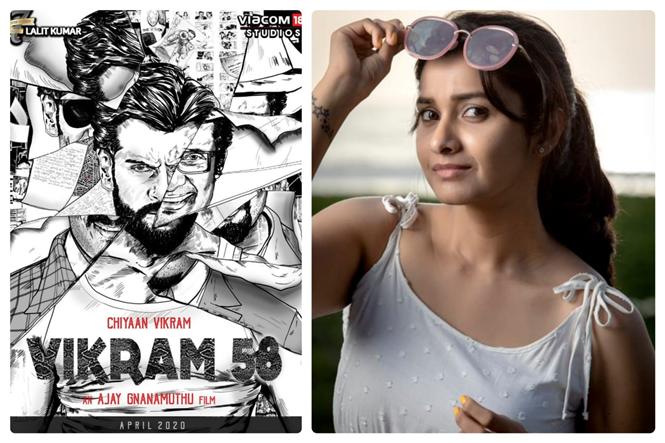 Actress Priya Bhavani Shankar, who recently shared screen space with SJ Suryah in Monster, will be now playing female lead in Vikram’s next. Industry sources mention that the actress will join the shoot from late September or early October, once she wraps up a schedule for Kamal Haasan’s Indian 2, which is slated to go on floors by next month.

Helmed by Ajay Gnanamuthu (Demonte Colony and Imaikka Nodigal fame), the film is produced by Viacom 18 Studios and Seven Screen Studio with AR Rahman composing music. Priya Bhavani Shankar has completed shooting for a web series bankrolled by Kavithalaya Productions that is likely to be streamed on Amazon Prime by next month. Touted to be a Rom-Com, it features Bharath, Robo Shankar and Karunakaran alongside her in lead roles.