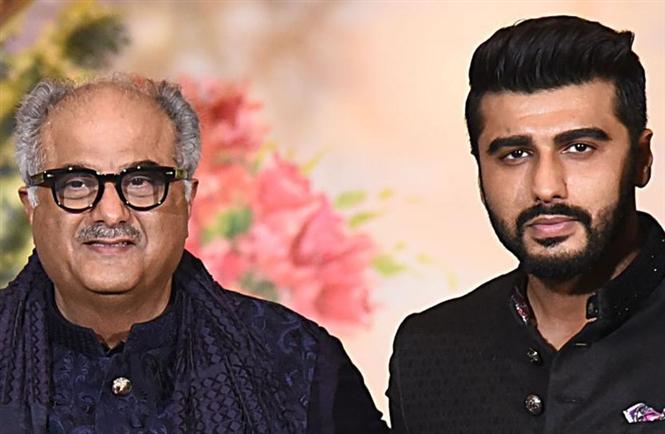 Producer Boney Kapoor, who is basking in glory of Nerkonda Paarvai's success, has acquired the remake rights of Jayam Ravi’s Comali in all languages. While the talks are going on with leading artistes in Telugu and Kannada to play the lead role, Boney Kapoor has officially confirmed that his son Arjun Kapoor will be the protagonist in Hindi remake.

It is noteworthy that Boney Kapoor has proved success across the years by remaking several South Indian movies in Hindi. Significantly, NKP that marks his maiden production in South also happens to be a remake of Hindi film Pink.

While the shooting of his next production AK 60 with Ajith Kumar is all set to begin from October 2019, he has already kick-started his next Telugu film, which again is a remake of super hit Hindi movie Badhaai Ho.