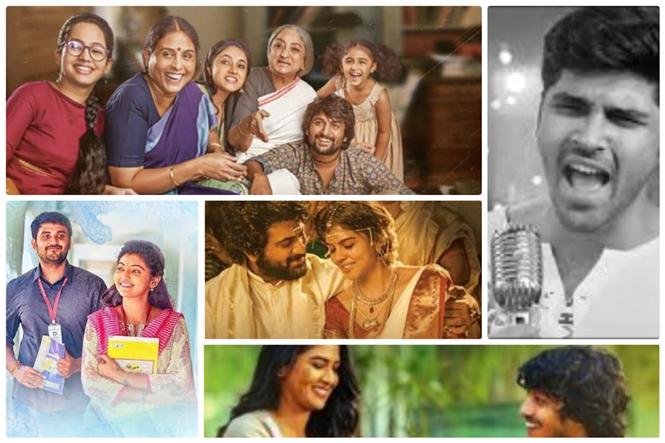 Prashant Pillai leads the pack among the wonderful songs released in Telugu this week.

Gangleader(Telugu): Anirudh : HoynaHoyna: Anirudh continues his stupendous form in Telugu without a miss and HoynaHoyna is no different. The breezy melody is augmented by upbeat synth programming in the background by Shashank Vijay. InnoGenga aces the rendition and makes this one an enjoyable listen till it lasts.

AdithyaVarma (Tamil): Radhan: Edharkadi: Radhan gave completely different tune than original when Bala was helming this project but Gireesaayaplasys safely by using the original tune itself. Nevertheless the addictive soft rock groove in Edharkadi is sure to hit the charts in Tamil also. The movie's protagonist DhruvVikram surprisingly turns out to be a better singer than expected.

Ranarangam (Telugu): PrashantPillai :EvaroEvaro: Prashant Pillai hits it right out of the park with the affecting melody EvaroEvaro where Rajesh C's flute comes across as the another lead along with the wonderful Preethi Pillai. Only Prashant Pillai employs her as a singer and She deserves to be heard more.