Once Upon a time in Hollywood review 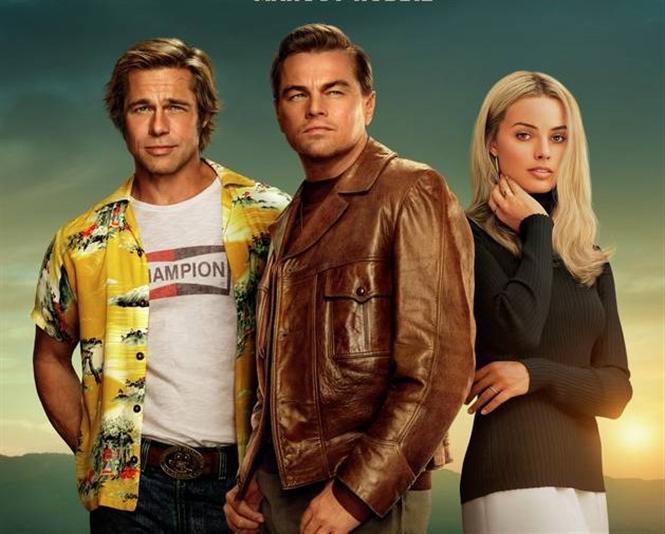 Slow poison that has the perfect Tarantino elements with DiCaprio and Brad Pitt’s terrific acting as value additions!

Director Quentin Tarantino’s next, the much awaited comedy-driven drama film ‘Once Upon A Time In Hollywood’ set in the 1960’s of LA downtown, has registered its stomp today. Having an ensemble cast of Leonardo DiCaprio, Brad Pitt, Margot Robbie, Emile Hirsch, Margaret Qually to name a few, there is also the legend Al Pacino in an extended cameo. What does this Tarantino film offer to its fans?

Most Quentin Tarantino films have multiple characters, plotlines and a beautiful link between them. This film differs from the rest in one aspect and that is the connection or hyperlink. The majority of the movie focuses on the lives of the characters from that day’s Hollywood and just how it evolves over a period of time. There is no necessary connection between the title roles but almost none of it seems unwanted from the plate.

DiCaprio plays Rick Dalton, an actor and Brad Pitt as Cliff Booth, his best friend and stunt double. The two of them work towards getting DiCaprio’s dying acting career a much needed break. Simultaneously, there is a famous director Polanski, who is none other than Rick’s neighbour and his new girlfriend, actress Margot Robbie portraying Sharon Tate. There is also a hippie gang that has a very crucial part to play, of which, Maragaret Qually as Pussycat, is the pretty woman who meets Cliff Booth whilst asking for a lift. What these characters evolve into in this 2 hour 45 minute long Tarantino film, which spans across 1 year of their lifetime forms the rest of the story.

Actors DiCaprio and Brad Pitt are stellar performers and when they are given strong characters like that of Rick and Cliff, they shoulder the entire film with Tarantino’s expertise. Margot Robbie as Sharon shines with her screen time and so does Maragaret Qually as the pussycat. It was also refreshing to watch Al Pacino in an extended role. The 8 year old girl who played DiCaprio’s co-actor, is not just a good actor but also the best remedy for a hung-over DiCaprio. Not in the literal sense but it is easy to say that she instigates change in his character and such a strong role has been pulled off to perfection by the kid. Cliff’s dog Brandy, is a very lovely character well enacted by the bull-dog. He has a major part to play. The Hippie gang had some zonked performances as the entire casting equation turns out to be a big positive.

The film does concentrate on these characters but resonates between their distinctly different lives at various points. All of them live in Hollywood downtown and that is their only connection. It is basically an establishment of how things were in 1969 at the movies and the geography around it. The entire colour tone, locations, costumes and set work deserve credits as bringing back something so classy is not easy. It is a convincing effort from the entire direction team of Tarantino to bring this out in a natural fashion.

Some of the best scenes of the movie include the conversations between Rick and Cliff, the action sequences that thrive on humour in spite of the profound bloodshed and the slow, yet effective emotional scenes between DiCaprio and the young girl. Be it Brad Pitt’s violence or DiCaprio’s style and Margot Robbie’s fierce screen presence, all of it is in Quentin’s style and this is what makes Once Upon A Time In Hollywood the authentic, 1960’s product. The scene between Mike Moh as Bruce Lee versus Brad Pitt is too funny and so is the last 20 minutes filled with violence at the Rick residence. Some sections of the audience might find the film to be on the slower side and this is because of the deliberate writing style that Tarantino adapts himself to. He likes to take things to the fag end and build up the drama that will all unfold in the last quater. For those who enjoy his style, this is a fabulous watch and for others, this could be a little low on the engagement.

Technically too, the movie has everything required to bring out the authenticity. Cinematography by Robert Richardson is a steal as he has delivered his best. The edit by Fred Raskin is in the usual Tarantino style with minimal cuts and long shots left for actors to perform. This would attract most film audiences but for those who do not enter the mood of the film, it might seem less crisp. Background score is a big boost as is the colour tone.

Overall, Once Upon A Time In Hollywood by Quentin Tarantino is a definite treat for both fans of Tarantino films and fans of movies in general. Barring a short trip to Italy for the sake of Rick’s career, most of the picture is set in Los Angeles 1969. For those of you who wish to witness its real characters in a very veritable and undisputed manner could go for this action-filled drama comedy from the master director himself! Top class performances, brilliant writing and some visuals that take you through the ecstasy provided by 1969 Hollywood, the film ensures a treat for its fans! Not to forget the Tarantino style of violence and bloodshed towards the end, that would see his fans go gaga!

Bottomline: Quirky black humour, top-class performances, intoxicating writing, emotional drama and the violent final showdown, this is all that fans of Quentin Tarantino might have wanted from this 1960’s based Hollywood picture! Realism at its peak! 3.5/5