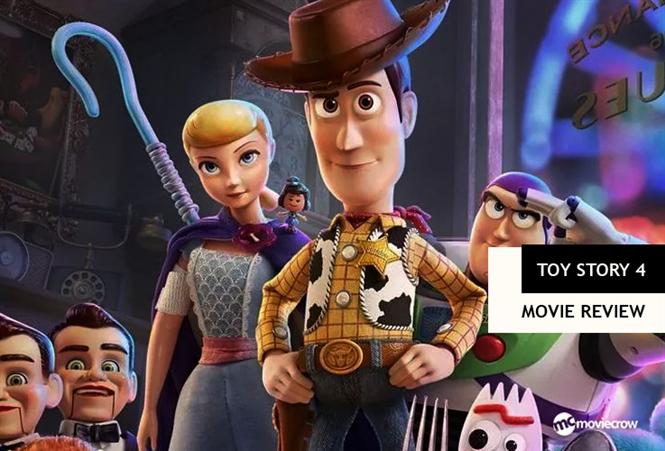 A must watch, fantasy adventure based, feel good film about the lives of your favourite toys!

The very word ‘Toy Story’ would bring about an extremely nostalgic feeling for the majority of the fans and it is simply because of what the franchise has achieved in its previous films across the years. Up next is Toy Story 4, the next installment and perhaps one of the best of them all! Returning to this story about Woody, Buzz, Bo and all the other lovely toys after nearly 10 long years was a complete delight and here is why.

Toy Story 4 begins off with a flashback portion from 9 years ago featuring how Woody tries to save a lost toy and in the process gets separated from Bo. As most of us would know, Andy who was Woody’s child has now grown up and the entire team of Toy Story except for Bo has been bestowed with the new kid Bonnie. Now Bonnie has to attend school and she feels so lonely and lost whilst she is asked to attend her first class. Entering the scene is a made up from trash toy named Forky, whom Bonnie completely falls in love with. For everybody else, Forky is just a piece of cutlery from the trash but for Bonnie, he is her new companion, bestfriend and the one toy she gets addicted to. What happens when Forkey, Bonnie and the entire team of Woody and Buzz go on a trip with Bonnie’s mom and dad forms the rest of the story.

One of the beautiful aspects about Toy Story 4 is the fact that there is no real villain in the script but there are numerous conflicts and motives touched upon at various junctures in the film. This is purely superior writing by director Josh Cooley and team as it is quite hard to make a convincing animation film with barely any characters that you can term as the bad guys or the negative elements. Every character seems to be etched out to perfection and the scenes along with the dialogues, justifications and the fantastic music just keeps you so engrossed throughout.

Woody’s character is too good to be true and we don’t say that just because of the fact that he is selfless. He is very empathetic, cannot stand to see anyone sad or lost and most importantly never turns his back at anybody, not even the one he is supposed to fear to be dangerous. This is the most well carried out character and full credits to the storyboarding team alongside Tom Hanks who has brought to life the hero in Woody.Tim Allen as Buzz Lightyear is also impressive and the surprise entry by Bo Peep is when the film picks up a different tangent altogether. Some finesse by the makers to weave out such a soulful yet grounded film.

There is a very important doll named Gaby Gaby who plays a major part in the conflict of the film. At first, one might think this character was sketched to form an aversion or fear among audiences as the deeds seemed pretty venomous and negative. But when we are told about her story and her only aspiration, even the hardest hearts might get floored for the emotion. To top it all, there is a beautiful connection that comes by between Woody and Gaby Gaby who were supposed to be arch rivals in the film and this makes it even more pure and beautiful to watch towards the last 20 minutes of this crisp flick. Even the smaller characters like Duke Caboom (Mr.Canada), Slinky and Rex leave us craving for more of them.

There is also a touch of philosophy and lines that might hit deep thinkers in the right spot. These are very relatable ones based on second chances in life, hope, determination and destiny. If you are a passionate person you would love Toy Story 4 even more than you would expect. The USP of the film has to be the fact that there is a very beautifully written emotional scene followed by a touch of humour backed up by another emotional scene and finally finishing off with another humorous scene. This formula, whether intentionally carried out or not, has worked out wonders as the shift from emotions to humour have been written so well. You want to cry as well as laugh at the same time. How often do you get that sort of an impact?

Technically the film has nothing that one would complain about. Be it the sketch of the characters, the music by Randy Newman, edit by Axel or even the sound design, everything is on point and leads you to ecstacy. The beauty about animation films is that you do not have much thought to the logic so you can take some things for granted. But what the makers have made sure is that they have not taken the audiences for granted at any instance and provided for a very engaging yet soul stirring film. Toy Story 4, a big bow to Walt Disney and Pixar Studios for giving us this brilliant film that would stay pure and impactful for years to come.

Bottomline: One of the best sequels from team ‘Toy Story’, that has beautiful emotions, abundant humour and your favourite characters in a wonderful script!