Natpunna Ennaanu Theriyumaa Review - A fairly admissible watch for bromance lovers and those with less expectations! 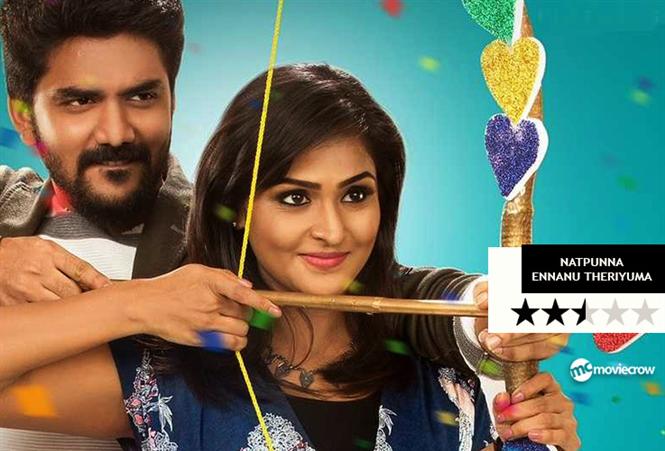 Natpunna Ennaanu Theriyumaa Review - A fairly admissible watch for bromance lovers and those with less expectations!

How long has it been since we save a Tamil movie that is based on bromance? Yes, you read it right, Natpunna Ennaanu Theriyumaa is completely based on three friends played by Kavin, newcomer Raju and Arunraja Kamaraj, their friendship from childhood and its evolution into the real world. However, the entire film is not exactly centered around this relationship and we have Remya Nambeesan playing a female lead and a conflict that involves many other characters. Has this commercially woven out friendship film hit the right chord?

Natpunna Ennaanu Theriyumaa starts off with a scene depicting the year 1991 and the dialogues as well as the narrative seems relatively fresh and genuine. There is an amount of interest that is created in the mind of the audiences due to this friendship factor and slowly, we are introduced to our three main characters and their lives. It is nice to see their chemistry work in many places in the first half and the main cast has done a decent job. Special mention to newcomer Raju who scores the most with his natural acting and expressions.

The film has a conflict and this involves actor Ilavarasu, a businessman who has worked really hard to get to a good position. Just as in many films, the hero and his friends decide to let go of an attempt to shine in studies and pick up a business that happens to be their smartest idea to make money. This in turn creates a sense of competition between Ilavarasu and the boys and majority of the film is based on this competition.

Just as interesting as it might seem so far, the moment we are introduced to actress Remya’s character, the friendship based film takes the romance route and suddenly, we have a song, an illogical sequence where all 3 friends try to hit on the same girl and so on. All this dilutes the core content of the flick and it is easy to state that the director Shiva Aravind has tried hard to accommodate all the elements of a commercial film in his otherwise genuine attempt.

Music is not too great as the songs do not really keep us humming and Dharan’s background score is decent. For instance, there is a cow song which glorifies their friendship and positivity towards their business but this does not leave much of an impact. The cinematography by Yuva is just about average and cuts by Nirmal are not too bad. However, for such a film, which has scenes where the drama takes place in a single shot in few sequences, one might expect a tad bit more from the technical team. There is a bar sequence which has Raju performing in a single take and this scene finishes off with the heroine’s introduction. This sort of a commercial compromise of certain scenes and the abruptly cut usual ends to promising sequences makes the overall picture look a little ordinary.

The second half focuses more on love, has a song that is not particularly required and goes off track here and there just to find its way in the right time. Though there is no nonsense, one would want more from a film that looked promising in its first half. This is where Natpunna Ennaanu Theriyumaa loses out on the essence and if for a stronger conflict, lesser focus on romance and more exploration on the friendship and their issues, the movie could have been of a different league all together.

On the whole, Shiva Aravind’s friendship movie does show promise here and there and there are genuinely well shot moments that have good performances from all the main actors. If for more finesse with respect to the screenplay in the latter half and a check on the engagement factor, this would have been a very entertaining outing. However, it falls a little short of that and comes across as a passable popcorn film that wants to exploit the life and issues of our 3 leads in a better manner but takes the usual route many a time!

A popcorn flick that has friendship as its strong point aided by decent performances! 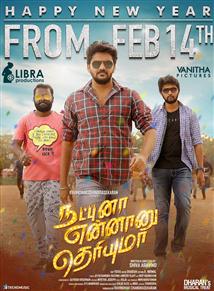