Pokemon Detective Pikachu Review: Pikachu and Mewtwo save the day but just in time! 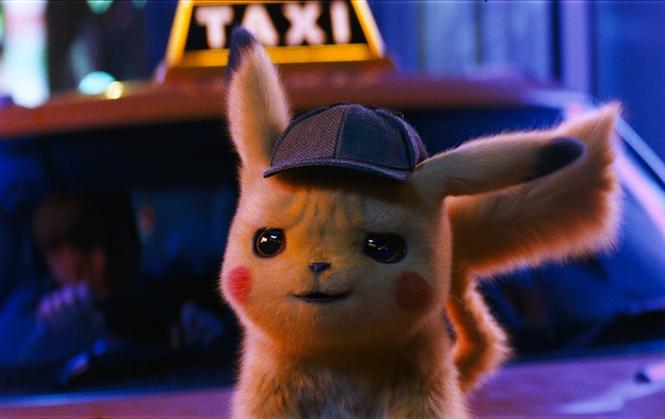 Pokemon Detective Pikachu Review: Pikachu and Mewtwo save the day but just in time!

The Pokemon Universe is well known for its lovely characters and peaks of creativity. Here comes a film that portrays Pikachu as its protagonist accompanied by Tim (Justice Smith) in the installment titled ‘Pokemon Detective Pikachu’. With Ryan Reynolds in and the unique Ryme city for for its geography where people and Pokemon co-exist, has detective Pikachu kept us entertained?

This Pokemon based film starts off with Tim and his friend trying to capture a lonely ‘Cubone’, an emotional Pokemon that also describes Tim’s character. He is a lonely guy who lost his mother when he was young. A mysterious accident takes place in Ryme city where Tim’s father works as a detective and the records suggest that he is dead along with his Pokemon partner. But this is followed by an adventure based mystery ride to Ryme city and what happens after Tim encounters certain characters that change his life forms the rest of the story.

First things first, Pokemon lovers would have moments to cheer for every minute thanks to the extraordinary computer graphics that bring to life their favourite Pokemon one by one, scene after scene. Special mention to the Gengar fight sequence and Charizard’s battle with Pikachu as it has been very beautifully portrayed. There’s also an interestingly humorous Mime portion and an elaborate chase and escape sequence from the dangerous Torterra garden where climate change brings about total commotion at a very important point in the flick.

Cubone is cute, Pikachu is cuter, Psyduck is stupid and of course Mewtwo is majestic and dangerously attractive. These are the core characters from the Pokemon universe that have been used to move the story forward. For those who do not follow the universe, the moments to celebrate are rather less due to a not very gripping screenplay. However, director Rob Letterman gives us no bull-shit right from the word go and we are introduced to Mewtwo and the conflict from the first minute of the film itself.

As for performances, Justice Smith performs well as Tim and Lucy(junior reporter) played by Kathryn is also a noteworthy character. But the stand outs are easily the CG based Pokemon characters and their unique voices and powers. Be it the Magikarp to Gyarados evolution to save Pikachu or the final showdown between Mewtwo and Pikachu aided by Tim, the graphics and sounds save the day and make up for a plot that does not offer too many twists or unpredictable turns. This is also the only major drawback of this film as we are not guessing as to who could be the reason for Tim’s father’s mysterious disappearance as almost everything is easily given away with the predictable screenplay. The extraordinary effort from the technical departments could have been aided a little more by a few gripping and unpredictable moments in the screenplay and how things reveal.

Ryme city is so beautiful and the initial encounters between Pikachu and Tim are very engaging. How they form a bond is definitely quite nice to watch and the climax has a nice little twist that is fairly convincing. One might have expected to see more of other Pokemon like Alakazam, Gengar, Hitmonchan or even Moltres, Articuno or Zapdos. The show from the legendary Pokemon is what usually excites all Pokemon lovers and this is something one might crave for as the only legendary character we see enough of is Mewtwo. Nevertheless, the film’s core is surrounded by Mewtwo and Tim’s father and it is not exactly necessary for other layers and characters, just that it might have made things more interesting and grand.

Overall, Pokemon Detective Pikachu has quite some points that would entertain Pokemon followers, kids and fans but the general audiences might not get the same amount of pleasure. The film definitely is watchable for the tremendous technical work, graphics and lively characters and those who enjoy fantasy in reality can give it a shot. Kudos to the cinematographer and visual department for a fantastic job as without this effort and creativity in the visual and sound medium, we are left with an ordinary screenplay by Rob Letterman, Dan Hernandez and Benji Samit

A good outing for kids and Pokemon lovers but just about watchable for the general audiences!