K-13 Review - Another experimental film for Arulnithi in the thriller spectrum that has come off good! 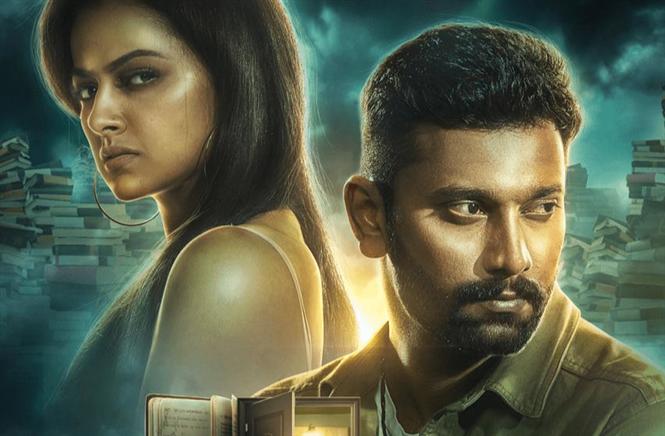 K13 Review - Another experimental film for Arulnithi in the thriller spectrum that has come off good!

Arulnithi’s next experimental venture adding to his list of thriller films is K13 directed by Barath Neelakantan. Almost entirely shot within the premises of an apartment, the talented Shraddha Srinath plays the female lead and has Yogi Babu in a cameo appearance. However, the entire film rests on Arulnithi’s shoulder as the story travels from his point of view. Has the non-linear narrative K13 turned out to be an intriguing venture? Read further to know.

K13 has a complex plot squished into its run time of less than 2 hours. We have minimal characters on offer and the movie jumps right into the crime scene from the word go. There is no space for distraction whatsoever except for an item number in a pub in the first half. K13, though a murder mystery, has addressed mental health issues such as depression which is something commendable. The majority of the film shot inside the apartment has a few interesting scenes and moments on offer at regular intervals that keeps us guessing and involved in what is about to unravel.

An aspiring director meets a mysterious woman in a party and what could have been a one night stand turns out to be a suspense filled crime thriller for the protagonist. How he exits this crime scene strategically and also collects something precious that might put to end, his 10 year long struggle in cinema forms the rest of the story. On paper, though this line looks easy to shoot, the restrictions such as limited characters and locations are a big test for a young team. Director Barath Neelakantan has handled this well and kept us engaged for a large part of his film.

Performances are a big boost as Arulnithi looks super natural as the drunk guy at night and even better as the terrified man stuck in a crime scene. His choice of scripts and mature acting performance requires special praise. Shraddha Srinath as Malarvizhi has also done a good job and she has subtle expressions and minimal dialogues. Holding the suspense with one’s expressions is a key and she has the skill to understand the script and not give it away at any instance.

Though the first half does have a few slow moments, these dull ones are compensated by timely high points and good twists. Some characters add value to the script though their screen time is very less. Namely, the police team, the one-side lover who is also Shraddha’s(Malar) neighbour and actress Gayathrie who plays another extended cameo. Even director Adhik Ravichandran has a scene and all of this is part of the core of the film. The crux revolves around guilt, sacrifice and a lot of mystery based completely in the K13 apartment.

Kudos to the technical team for pulling this off in a shoe-string budget. When given a limited geography, the camera angles, music and bgm play a vital role. Cinematographer Aravinnd Singh nails it with his top class angles and amazing lighting. Music by Sam CS is also apt for the thriller genre and cuts by Ruben quite laudable. Sound design by Udhayakumar is also a positive and this prolific work by the entire technical team uplifts the entire film and automatically gives us a quality product.

As for certain drawbacks, a particular section of the audiences might not be ready to consume such a content oriented film and may snap out of the seriousness as there isn’t any space for commercial elements that intend to entertain one and all. It is story from the word go and only the story till the end. Also, the first half does seem a little slower than the intriguing second half and this could be an issue for a few. However, the product does have potential to impress its target audiences and cinema lovers along with those who love the thriller genre.

With a bunch of good aspects that work for its target audiences, K13 is a good watch for its tight run time, interesting screenplay, commendable performances and suspense filled storyline along with some extravagant visuals making it a worthwhile experience. Watch the film without expectations and there are quite some moments that might surprise you and keep you hooked.

A no-compromise, no-nonsense suspense thriller that emerges as a worthy watch! 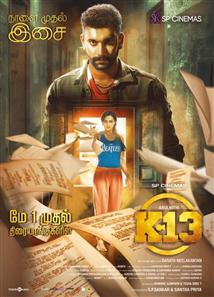