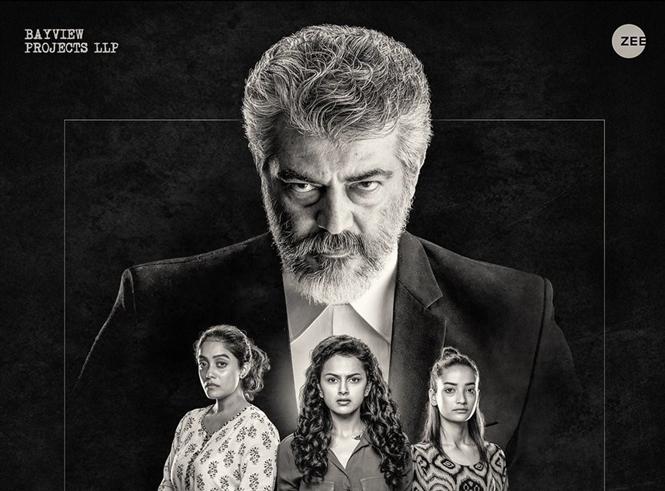 Bayview Projects LLP, Boney Kapoor's production house has officially announced the title of their next film with actor Ajith. The movie has been titled as Nerkonda Paarvai. The movie is an official remake of the Hindi court-room drama Pink and so far we knew that Vidya Balan is playing Ajith's pair in the movie with TV personality Rangaraj Pandey playing the prosecution lawyer. 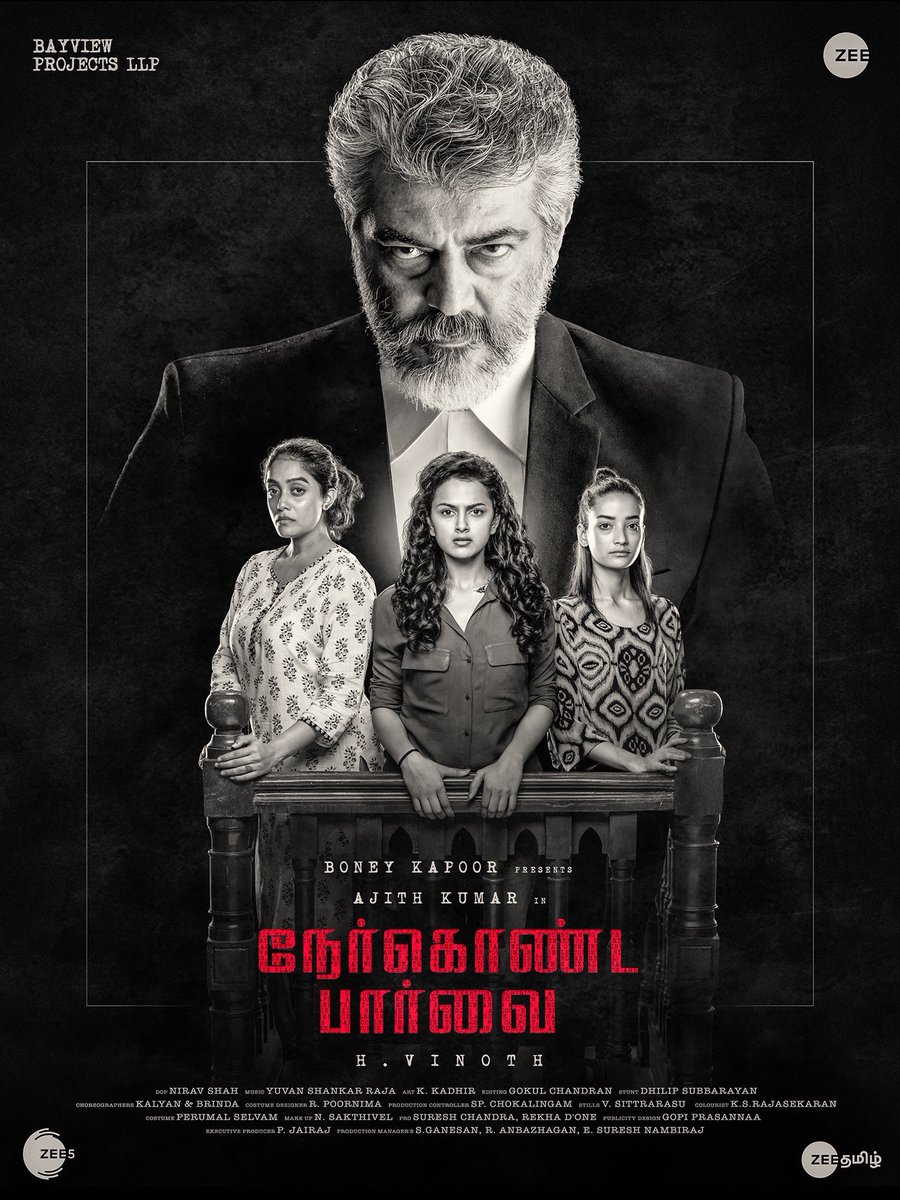 Now, it has been revealed that the three main girls in the film will be played by Shraddha Srinath(Taapsee's role from the original), Abhirami Venkatachalam and Andrea Tariang who played the girl from North-east in Pink as well. And as reported by us earlier director Aadhik Ravichandran will be playing one of the boys along with Arjun Chidambaram, Aswin Rao and Sujith Shankar among others.

The film’s technical crew comprises of Nirav Shah for cinematography, K. Kathir for art, Dhilip Subbarayan for stunts and Gokul Chandran for the edits. Thala 59 is expected to release by Summer, 2019.