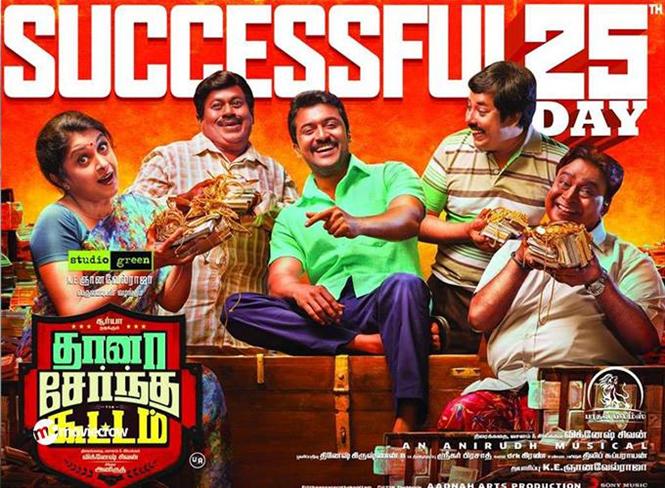 Suriya's much hyped Pongal release, Thaana Serndha Koottam, completes 25 days in theaters today. The film has grossed close to 45 CR in TN so far (with a share of close to 23 CR), and it's currently running in some shows in multiplexes in the urban centers. The reviews for the film were decent and the opening over the long Pongal weekend was pretty good too. Afterwards, the film couldn't sustain, started dropping and fell way short of the expected performance level.

Suriya is now busy shooting for his film with Selvaraghavan, slated for a Diwali release.