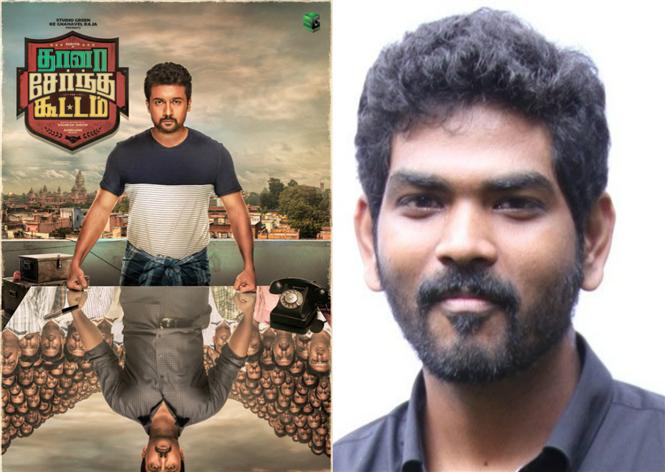 Thaana Serntha Kootam is actor Suriya's 35th film and is directed by Vignesh Sivan. Recently the director took to his twitter page to request fans of his film and star to not circulate any video clips or images taken from the shooting spot by on-lookers.

He went on to add that a lit bit of shooting was left for his film and asked his fans to wait patiently till then. But what really caught out attention was when an irritated twitter user went on to abuse the producers and the Suriya, the director humbly requested the user to refrain from doing so. His assertion on the responsibility of using social media instead of just downright ignoring, is something that simply cannot be missed.

And about the #TSKUpdate .. We have a little bit of shootin left ! Once that's done .. We'll fix on the dates for everythin! Till then 🙏🏻😢🙏🏻

Thaana Serntha Kootam has Keerthy Suresh playing the female lead. Last heard, the team will be heading to Croatia for wrapping a song shoot there.