Actor Shanmugasundaram is no more 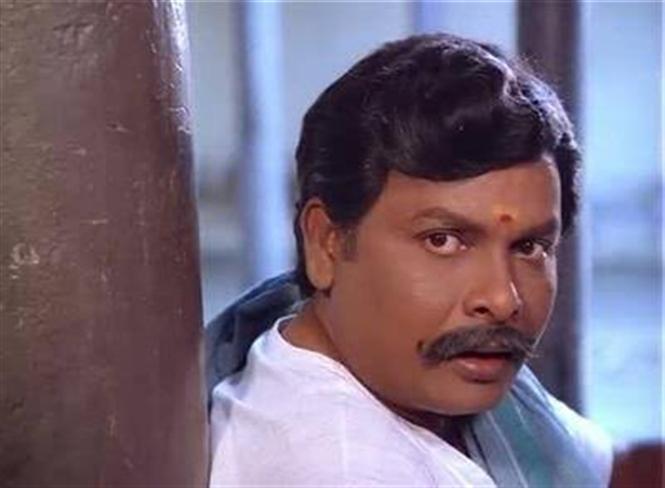 Actor Shanmugasundaram is no more

Tamil actor Shanmugasundaram who is best known for his portrayal as actress Kanaga's father in Karagattakaran, passed away earlier today. He was 77. The veteran character and comedy artist, who had been suffering from age related ailments, died due to a cardiac arrest at his residence in Chennai.

Debuted in a film titled Rathathilagam, Shanmugasundaram was last seen playing an important role in Simbu’s Anbanavan Asaradhavan Adagandhavan. He is also well known for his portrayal in Venkat Prabhu's Chennai 600028, where his dialogue "Bowlinga fieldinga?" went on to become a memorable scene. Shanmugasundaram has acted has acted in over 100 films in his career.
His demise was mourned by Kollywood celebrities.
Venkat Prabhu
“Actor, uncle, thatha, friend and more.. My fav cult actor mr shanmugasundaram is no more! He was part of all my movies! May his soul RIP”
Nithin Sathya
“Carnan, karakatakaran, chennai28. The journey was indeed long. As long as cricket is there u will be remembered RIP #ShanmugaSundaram”
Sibiraj
Rip #ShanmugaSundaram sir! Tamil cinema has lost a great actor!