Review - Charulatha has its moments 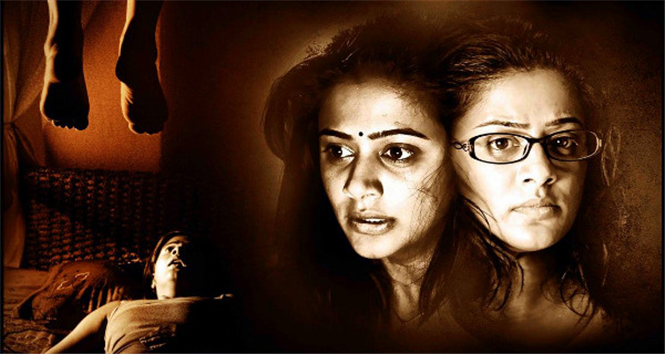 Pon Kumaran's debut flick was the commercially successful 'Vishnuvardhana' starring Sudeep in Kannada. For his second venture, he has remade the highly successful Thai horror flick 'Alone'. The makers of Chaarulatha need to be lauded for getting the official remake rights of ‘Alone’. They have also acknowledged the original writers in the opening credits.

The movie is about ‘Chaaru’ and 'Latha' who are conjoined twins. They decide to live together forever. However when love happens to cross their life, things change rapidly leading to the death of one of the sisters. Now her spirit will not make the life of her sibling easy. Chaarulatha is not a spine chilling horror flick and the 'U' certificate stands testimony to this. It works more as a drama with some thrilling moments. The twist towards the climax clicks and is sure to surprise audience who have not seen 'Alone'.

Priyamani once again proves her mettle as an actress of substance. She has shown considerable difference between the two characters. Her psychotic behaviour in the climax is good but defies logic. The film has a limited cast. Saranya's role is very short for an actress of her caliber. The comedy track involving Aarthi and the stout kid could have been avoided. The voice of the boy (or whoever has dubbed for him) is a dampener. When will our film-makers stop having supposedly funny sounds in the BGM to make us understand that it is a comedy scene?

The duet song that pops up in a few minutes after the start of the film is an immediate turn-off. Thankfully, there aren’t many songs after that. Sundar C Babu's BGM doesn't hamper the narration and the silence during certain scenes enhances the eerie feel. Cinematographer Paneerselvam’s visuals lend a rich look to the film. The house which is the scene of action is also colourful, so atypical of a movie involving spirits and the like.

The crisp running time (126 mins) is a plus for the film. Remove the comedy track and the duet and you will find the film to be much better.

Don’t go in expecting to be scared. Chaarulatha is more of a drama with some thrilling moments and a twist towards the end that may surprise you.