MovieCrow Box Office Report - May 1 to 3

MovieCrow Box Office Report – May 1 to 3

The release of Kamal Haasan's Uttama Villain was postponed by a day due to financial issues, and the movie had hit the screens only on Saturday (May 2), while Aishwarya Dhanush's Vai Raja Vai released on May 1. Check out the box office ranking of Tamil movies in Chennai during last weekend.

The movie opened to fabulous reviews from the critics and as expected, there were sold out shows across the city. It would be interesting to see how the movie performs this week, as a section of audience carry mixed reports about the film. Nevertheless, the movie is being praised as a perfect tribute to legendary late director K Balachander.

Kanchana 2 was unstoppable, in spite of two new releases and most of the multiplexes retained their prime showtimes and screens for this film. Trade sources say that this is one of the biggest blockbusters of this decade, considering the budget of the film.

Aishwarya Dhanush's Vai Raja Vai enjoyed a free run on Friday (May 1), as many theatres screened Vai Raja Vai, instead of the cancelled Uttama Villaln shows. While the first half of the film is being liked by the audience and critics alike, the second half has let down the film.

Mani Ratnam's OK Kanmani lost most of its single screens to new releases, while it managed to sustain at major multiplexes. Komban and Nanbenda were running across a couple of screens, with low occupancy levels. 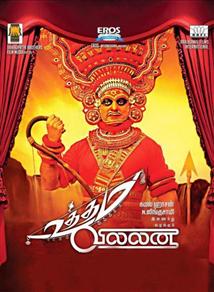