As many as half a dozen films released last weekend, but only Thirudan Police and Appuchi Gramam received respectable patronage from the audience. Check out the box office ranking of Tamil movies in Chennai during last weekend.

The film took a good opening, considering the younger cast and crew involved in the film. Caarthick Raju's refreshing screenplay has helped to create positive vibes for the movie.

After 3 weekends, finally Kaththi has stepped down by one place in the box office ranking. However, the movie is still going steady and many multiplexes were getting full house shows.

In spite of the mixed reviews, OORR is still holding on to many screens across the city. It is safe to say that comedy genre is always a safe bet.

Appuchi Gramam was rated as a good attempt by critics, but the footfall to the film has been low. Lack of popular artists in the film is considered as the major reason. Poojai and Jai Hind 2 lost majority of screens to new releases. 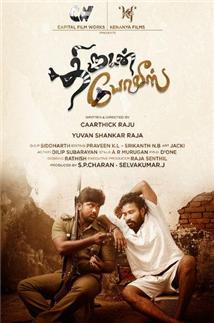