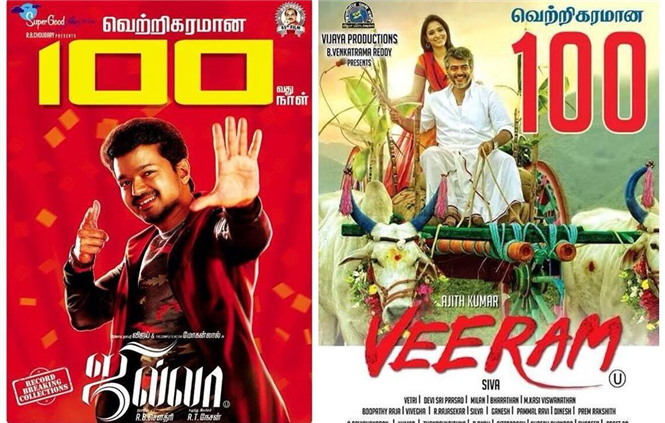 This year started with a bang in Kollywood with both Vijay’s Jilla and Ajith’s Veeram hitting the screens for Pongal on January 10. After a span of seven years, films of both the actors clashed on the same day at the box office. Both of the films have completed 100 days today.

Both Jilla and Veeram had a fantastic opening and made good business at the Box Office. However the film distributors had to lose 30% of the total revenue as both the films were denied tax exemption in spite of getting ‘U’certificate. The exhibitors and distributors felt that the collections of both the Pongal movies would have been significantly more if Vijay's Jilla and Ajith's Veeram did not clash against each other.