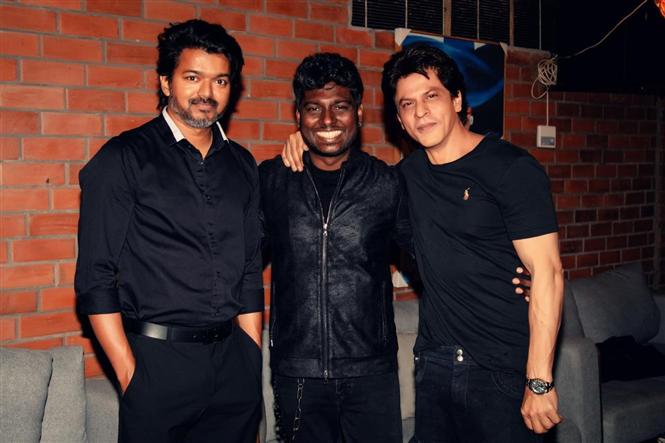 Director Atlee Kumar recently celebrated his 36th birthday and many stills from his star-studded birthday bash have started surfacing online. The filmmaker himself shared an epic still with two of his famous lead mean - Vijay and Shah Rukh Khan. The now-viral image was captioned with a tweet that read,

What more can I ask on my bday , the best bday ever wit my pillars. My dear @iamsrk sir & ennoda annae ennoda thalapathy @actorvijay ❤️❤️❤️ pic.twitter.com/sUdmMrk0hw