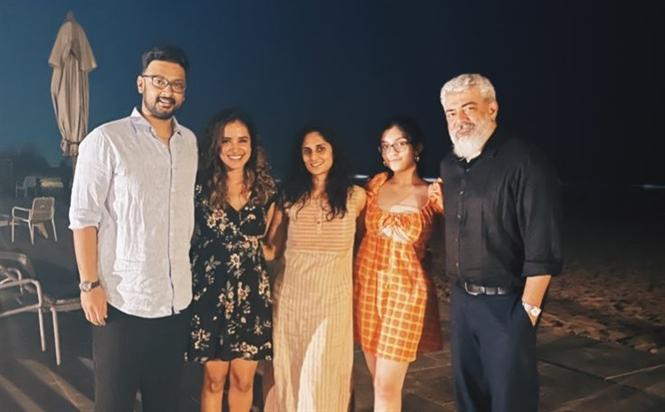 Actor Ajith is a notoriously private Tamil film celebrity and it is not often that his fans get to see images of his casual time with his family. Earlier today, an image of Ajith with wife Shalini and daughter Anoushka went viral and in it they were spotted with Tamil film producer-distributor Dhayanidhi Alagiri and his wife Anusha.

Dhanyanidhi had produced Ajith's 50th film Mankatha in 2011 which went on to be a huge hit. He took to twitter to sing praises of Ajith while sharing the image and even hat-tipped a moniker (Ultimate Star), famously used in association with the actor.

that energy when he’s around cannot be explained. totally in awe of this man. 🤩#AjithKumar #Thala pic.twitter.com/YHmnEXEO13

The image has since fueled talks of Mankatha sequel aka Mankatha 2 being on the cards, especially since writer, director Venkat Prabhu has often talked about it too in the past.