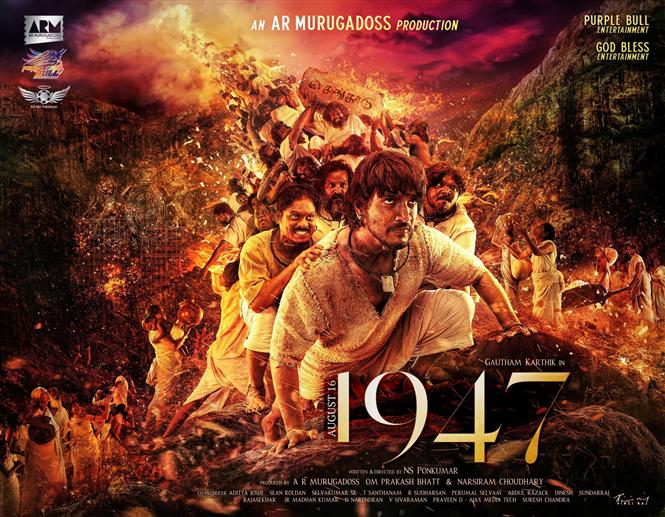 AR Murugadoss who was last seen directing Darbar in 2020 has turned producer for a Gautham Karthik starrer and the movie titled 1947 August 16 had its first look release today. Actor Sivakarthikeyan unveiled the poster on his Twitter handle and it gives the impression of a period drama set in the Independence era of India.

1947 August 16 is written and directed by NS Ponkumar and co-produced by Purple Bull Entertainment and God Bless Entertainment. The technical crew of this film includes Sean Roldan for music, Selvakumar TK for cinematography and T Santhanam for art.