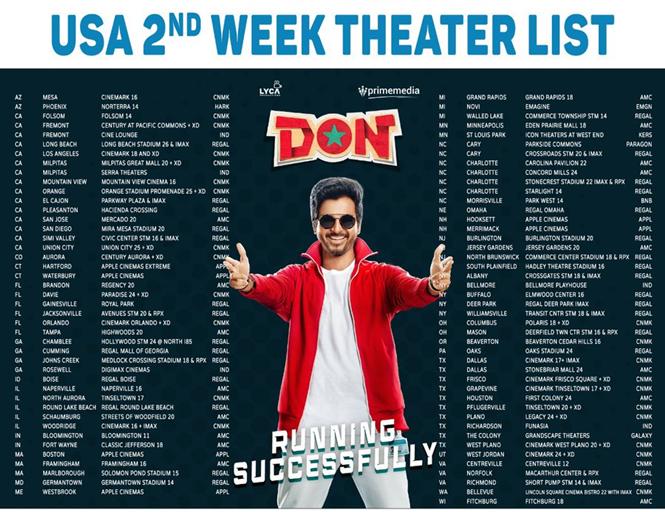 College campus entertainer DON starring Sivakarthikeyan in the lead released in theaters on May 13, 2022 and is currently in its second week of run. Prime Media, which is presenting DON in the US has released an updated theater list for DON's week 2 in USA and the same can be found below.

DON is written and directed by debutant Cibi Chakravarthi and has been hailed for its entertainment quotient. The movie produced by Lyca and Sivakarthikeyan productions also stars Priyanka Mohan, SJ Suryah, Samuthirakani among others.