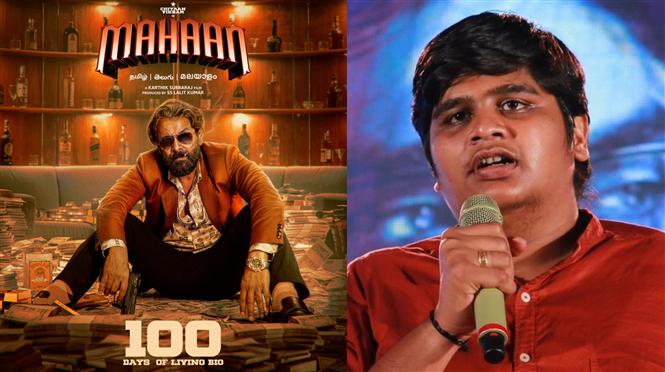 Mahaan starring actor Vikram in the lead was one of the better direct OTT releases in Tamil in 2022. Today marks 100 days since the Karthik Subbaraj directed gangster drama premiered on Amazon Prime Video and marking the occassion, the filmmaker took to twitter to hint about a new project.

Thanks for all the love showered on #Mahaan ♥️♥️🙏🏼

And it's time to move 2️⃣ my next 😊 pic.twitter.com/o4cfFPjTGd

Karthik Subbaraj has penned the story of Ram Charan's 15th film, which is an upcoming project directed by Shankar. It remains to be seen if he has a new announcement as a director up his sleeve.