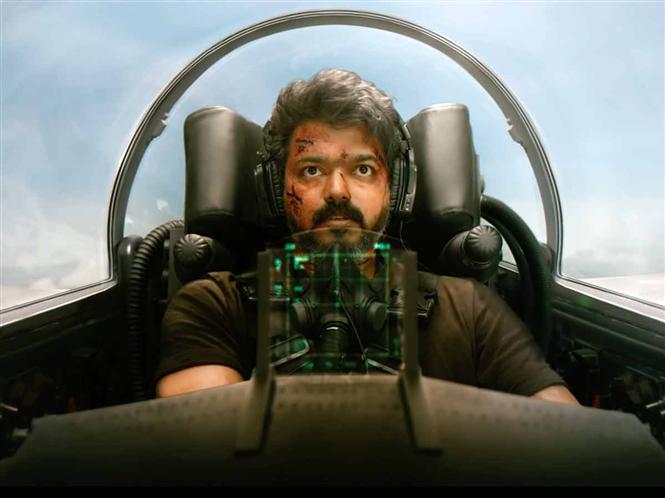 Post the launch of Beast trailer in April, a tweet went viral which pointed out that actor Vijay was flying without a helmet, oxygen mask and g-suit which is potentially life-threatening for any pilot. However when Beast released in theaters on April 13, 2022, no big deal was made since Vijay's character was shown to escape enemy territory i.e. Pakistan in civilian mode and under sudden circumstances. He is also wearing the Oxygen mask for most part and removes it only for mere seconds.

Post its theatrical run, Beast written and directed by Nelson Dilipkumar premiered on Netflix, Sun Nxt OTT platforms on May 11, 2022 and slowly but surely, the aviation experts are coming out with criticisms. Several retired and in-service Indian Airforce (IAF) Officers have taken a dig at the climax scene of Beast, where Vijay while escaping Pakistan evades their missile attack with the help of IAF's famous Rafales.

For context, Vijay's character is kidnapping a Bin-Laden-type terrorist from Pakistan in a Sukhoi Su-30MKI [It is not shown how this IAF jet was readily available for Vijay's use in enemy territory] and his motive is to land with him alive in India. He strikes a deal with the Indian government mid-air for help and is flying towards India from PoK (Pakistan Occupied Kashmir), with two Pakistani F-16s at his tail and IAF's Dassault Rafales flying towards him for rescue.

They didnt show any Cobra.. that's misuse of military hardware in cinema..How can there b any twin tail Su or Mig with no cobra

I may be wrong but did I just see Mica/Meteor launched from Rafale took out Amraam fired frm F16 in a direct head on impact like what we used to see during Mahabharata/Ramayana?