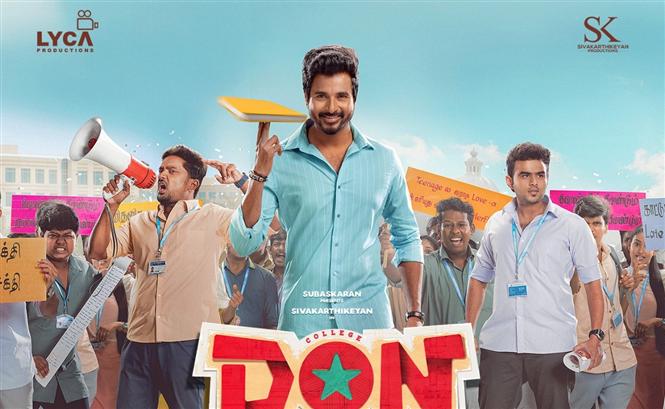 The first premiere of Sivakarthikeyan's upcoming movie DON will begin at Dubai before the rest of the world, and the show has been revealed to start at 11: 30 PM (IST) tonight. The first day first show of DON begins a few hours later i.e. at 4: 00 AM (IST) on May 13, 2022.

Written and directed by debutant Cibi Chakravarthy, DON also stars Priyanka Mohan, SJ Suryah, Samuthirakani, Soori among others. The film is a college campus entertainer produced by Lyca, Sivakarthikeyan productions and has Anirudh for music.

Catch DON censor, runtime, runtime breakup, plot and all you need to know about the movie here.