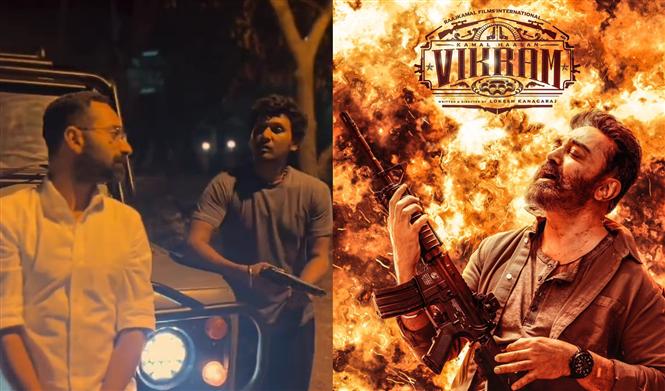 A few days after Kamal Haasan was spotted wrapping the shoot of his upcoming movie Vikram, director of the film Lokesh Kanagaraj officially announced that the movie has completed filming. Sharing a short video with one of his actors Fahadh Faasil, Lokesh took to Twitter to write,

Vikram is also making headlines for its digital and satellite rights sale. Buzz is that the Kamal Haasan produced movie has sold its OTT rights to Disney Plus Hotstar and satellite rights to Star TV network for a massive price of Rs. 112 Cr. Reportedly this covers most of the film's budget pushing it already into a profit zone.

MovieCrow had previously reported that Vikram is scheduled to release in theaters on April 28, 2022 (Thursday). An official announcement on the release date is currently awaited.