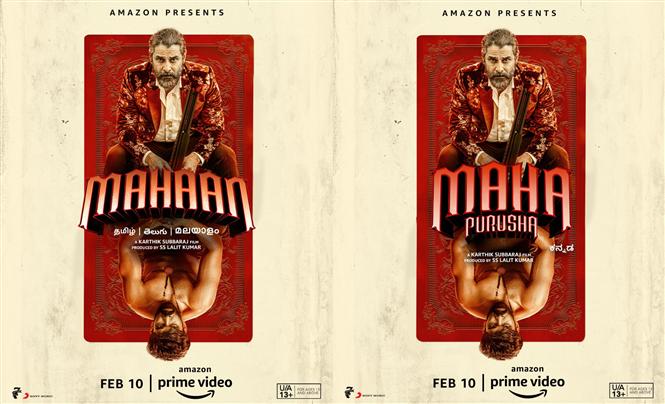 Karthik Subbaraj directed Mahaan is all set to release directly on OTT this February 10 (Thursday) and Amazon Prime Video, the digital platform on which the movie is premiering has now revealed the film's story. The official synopsis of Mahaan is stated out thus in a press statement from Amazon Prime Video.

Mahaan is the story of a man whose family leaves him when he strays from the path of ideological living in his search for personal freedom. However, as he realizes his ambitions, he also misses the presence of his son in his life. Having fulfilled his dream of becoming a billionaire, does life give him a second chance to be a father?

Produced Lalit Kumar of Seven Screen Studio, Mahaan also stars Vani Bhojan, Simran, Bobby Simhaa, Sananth and Deepak Pramesh among others. The film will be releasing with English subtitles in Tamil, Malayalam, Telugu under the same title and as Maha Purusha in Kannada.