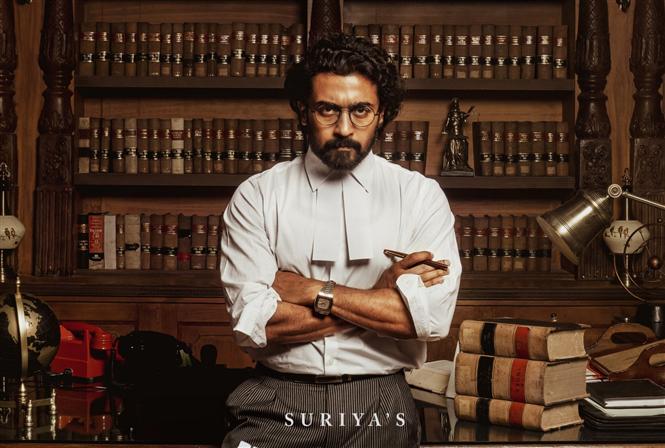 The opening scene of Jai Bhim is a chilling one. But the irony is that it doesn’t involve a psycho killing someone in the middle of the night in a remote forest. The year is 1995. We are in broad daylight and the men on screen are one of the custodians of law, the police force. They are enquiring a group of people. There is only one question that they ask. ‘Neenga enna aalunga?’. Their response is what determines whether they are guilty of the crime or not. The tone is set right there. Jai Bhim doesn’t resort to sugarcoating and doesn't flinch away from disturbing reality.

T.J. Gnanavel’s previous work was Kootathil Oruthan. It had an interesting premise and tried to track the life of an average student. The film was an effort to show that everything isn’t about winners and losers. The majority of the population lie somewhere in between and the film was about them. Despite an interesting one liner, Kootathil Oruvan fell short with its presentation. With Jai Bhim, T.J. Gnanavel doesn’t just fix the shortcomings but has made a film that is a fine balance between documenting certain brutal truths and catering it to a mainstream audience. It may not be a Visaranai but by having a popular star at the helm and by structuring it to cater to a wider audience, this is a job well done by the filmmaker.

Based on a real life incident, Jai Bhim is about how a righteous lawyer takes on the system, the different parts of which have convened to use a section of people as scapegoats for crimes committed by others. Like Visaranai, Jai Bhim is a disturbing film and is a difficult watch at places. The comparison with Visaranai time and again is because of the subject matter, but as said earlier, this is a much more palatable film to the masses. One of the reasons for this is Surya and the actor is in fine form. There is a definite heroism that comes into the picture with him being cast but the star takes a backseat for most of the time. A lesser-known actor and the tension on how things are going to end might have been more but this is a welcome trade off for the reach the film would be getting. Lijomol Jose is terrific as the woman who appears frail on the outside but has a steely resolve. There is a whistle worthy scene involving her and a police jeep. This would have been such a mass moment in a theatre. Manikandan continues to prove his mettle. Prakash Raj is a dignified presence. The performances all around are neat. The characters of Guru Somasundaram and Rao Ramesh have been designed to be slightly over the top but the good thing in Jai Bhim is that none of this crosses a limit.

With a runtime of close to 165 minutes, Jai Bhim never loses steam. Playing out as a courtroom drama with an investigative angle, the film ensures that it remains interesting right through. The screenplay is nicely done and crucial events are revealed gradually. The film never shies away from taking a stand. Nor does it shy away from making references to actual events. This is a bold mainstream film and isn’t looking to appease everyone with its politics. Even when the IG character Perumalsamy (Prakash Raj) tries to put forth an explanation about why police brutality might be good at times, Chandru (Surya) never answers in the affirmative. Hope the audience would think twice the next time before they cheer for their favourite star, as he plays a cop and goes around doing 'unsavory' things in the name of heroism.

With a leading star lending a mainstream appeal but also stepping back and letting the theme of the film take centre stage, Jai Bhim is a fine balance. This is a film where the trade offs actually benefit the larger purpose of the film.