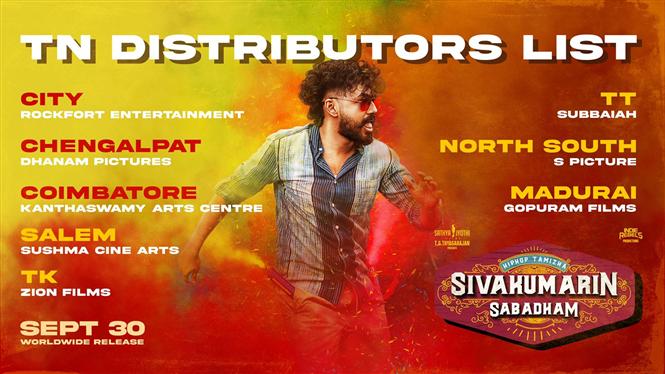 Hiphop Tamizha Aadhi has scripted, directed, composed music for and acted in a movie titled Sivakumarin Sabadham which had its trailer release recently. The video promises of a fun movie for its target audience and has all elements of a typical commercial entertainer.  Produced by Sathya Jothi Films, Sivakumarin Sabadham hits theater screens on September 30, 2021 (Thursday), just ahead of the Gandhi Jayanti weekend that follows.

Debutante Madhuri plays female lead in this movie which has cinematography by Arunraja and editing by Deepak S Dwaraknath.