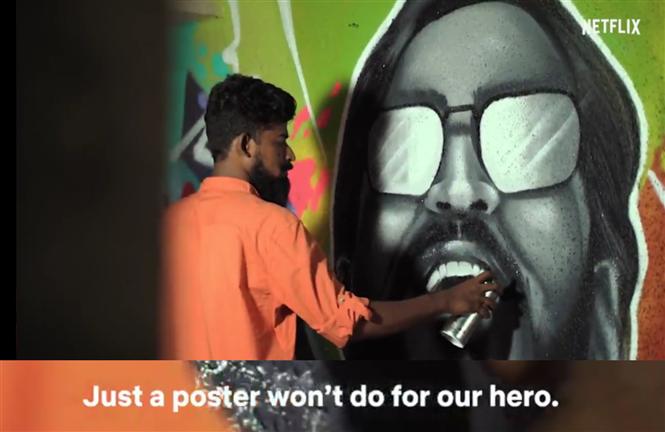 Jagame Thandhiram is a highly awaited Dhanush movie, directed by Karthik Subbaraj. The movie produced by Y Not Studios is releasing directly on Netflix on June 18, 2021 and will have a trailer release tomorrow i.e. June 1, 2021. Ahead of the trailer release, Netflix has unveiled a cool grafitti of Dhanush.

An artist named Nme is seen creating the graffiti in the video released by Netflix and a voice in the video claims "Just a poster won't do for our hero. Let's do something else."

Just a poster would not do our Suruli justice. Check out this Soora Mass graffiti by Nme Graffiti!#JagameThandhiramTrailer drops tomorrow! #LetsRakita 💃🕺 pic.twitter.com/OTZvxz6aLc

Jagame Thandhiram is a ganster drama, with Dhanush playing a character named Suruli. His journey from Madurai to London and his struggle in finding a place to call 'home' is what the movie is all about. The movie comes with a run time of 2 hours and 37 minutes and has Santhosh Narayanan for music.