Enjoy Enjaami - The Beginning of A New Era 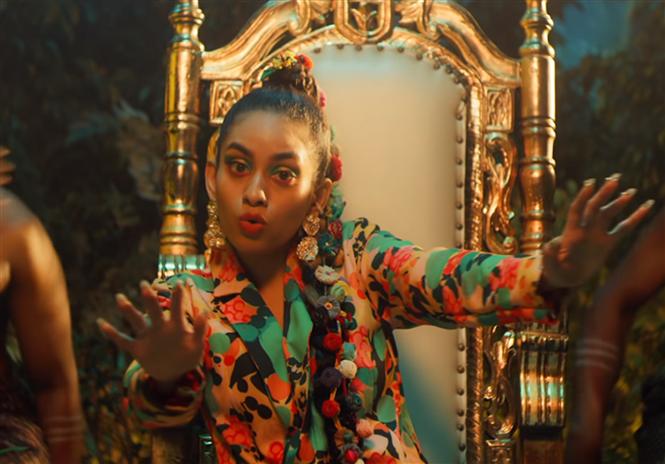 My introduction to Arivu happened much before his mainstream rage happened. I came across his Therukkural album and its many insanely addictive tracks hooked on to me. Kallamouni was bang on. The aggression about selective silence sounded strong and impressively impactful. Following it, came the ‘Sanda Seivom’ where it was like a war call one and all to fight against CAA - NRC. He got his much deserved attention when film industry embraced him in star studded vehicles. The ‘Parundhaagudhu Oorkkuruvi..’ defined Soorarai Pottru as powerful as it can. And when ‘Vaathi Raid’ landed, Arivu was declared a legit rap star!

Thanks to Pa.Ranjith for the collective movement he brought in, nourished and constantly made efforts to bring a change that makes a statement in limelight. The seeds of whatever he’s been trying since the last decade have started to sprout and blossom and bloom beautifully now. On one hand, we see Mari Selvaraj’s scintillating ‘Kanda Vara Sollunga’ featuring the rustic Kidakuzhi Mariyammal’s voice touching every sector. And, there is Casteless Collective whose stars such as Tenma, Arivu, Isaivaani, Asal Kolaar are getting their own brands with their diverse works.

It is in this scene.. the combo of Santhosh Narayanan - Dhee and Arivu dropped their new song. Straight out of nowhere. Enjoy Enjaami is a brilliantly written modern verse that touches about everything that’s endangered, long lost and left behind. In its idea.. In its ideology.. The way it is produced.. How it is visualised into.. the song carries the theme in its conscience.

When Dhee breaks the ‘Alli malarkkodi angadhame..’ in her rock solid accent and grooves on ‘Ottaara ottaara sandhaname..’, the song creeps on to you. Arivu’s rap effortlessly hatches on over Dhee’s singing. The ‘Nallabadi vaazhacholli indha manna kuduthaane poorvakkoodi’ is the log line that the track emphasises on. It sings for all the indigenous tribes and aborigines across the globe.

When Dhee calls for ‘Kadale.. Karaiye.. Vaname.. Saname.. Nilame.. Kulame.. Idame.. Thadame..’, the call for nature is all out there. The song structurally flows between its peak melodies, breaking into raps and howling hues and cries of trodden pains that ancestors and forefathers had to endure. When the track dwells on “Naan anju maram valarthen.. Azhagaana thottam vachen.. Thottam sezhichaalum, en thondai nanayaliye!”, it chokes. The heart of the song talks about how the nature’s ability to revive it out of itself. ‘Adhu pottu vacha echcham dhaane kaadaa maaruchu.. namma naadaa maaruchu.. indha veedaa maaruchu’. The backing hook humm that follows up is a trance on its own.

The video of the song is spectacularly shot. And the concept of the song, the very core of the issues it address.. comes terrifically abstract in it. The rhythm, pace and musicality of Cinematographer Balaji’s work along with the editing and impressive choreography doesn’t just aestheticise the visuals but stunningly gets across the pain and narrative that Arivu, Dhee talks about.

My only irk about it is that they could have retained it to the roots. Despite starting the track with drumming Parai and finishing it with portraits of Tamil farmers.. the rest of the song holds on to tribal attires outside Tamil and reeks heavy influences of Afro American music videos. Some calls it out as plagiarism.. some defines it as inspiration rightly done.. Rajesh Rajamani called it out as another Brahmin - Savarna gaze that leans more to the presentation than staying true to the topic. I only wish they shaped it out more with the Tamil identity. But probably the makers would have wanted to keep it universal. But I also feel what Vetrimaran constantly says.. ‘The more you go towards your roots.. the more you get universal!” Nevertheless, the song sets a bar! That’s truly inspiring and draws a whole new benchmark for how the indie music can be projected! With Santhosh, Arivu and all the political torchbearers Ranjith vouches for.. we are truly in the beginning of a brighter time ahead.