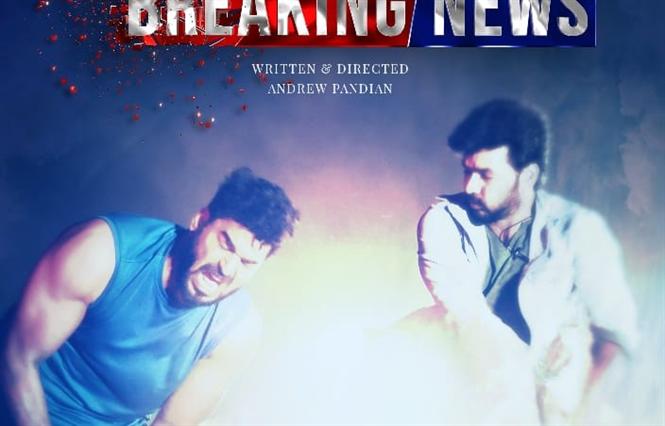 The entire shoot of actor Jai’s upcoming film with director Andrew Pandian has been wrapped up recently. Titled ‘Breaking News’ the movie is produced by Thirukadal Udhayam. The team has now entered into post-production works. It is being said that the film has an extensive works on CGI Front.

Bhanu Sree plays the female lead role. The film has cinematography by Johnny Lal and editing by Anthony. The film is being advertised now with a SuperHero tag. Check out the first look posters from the film! 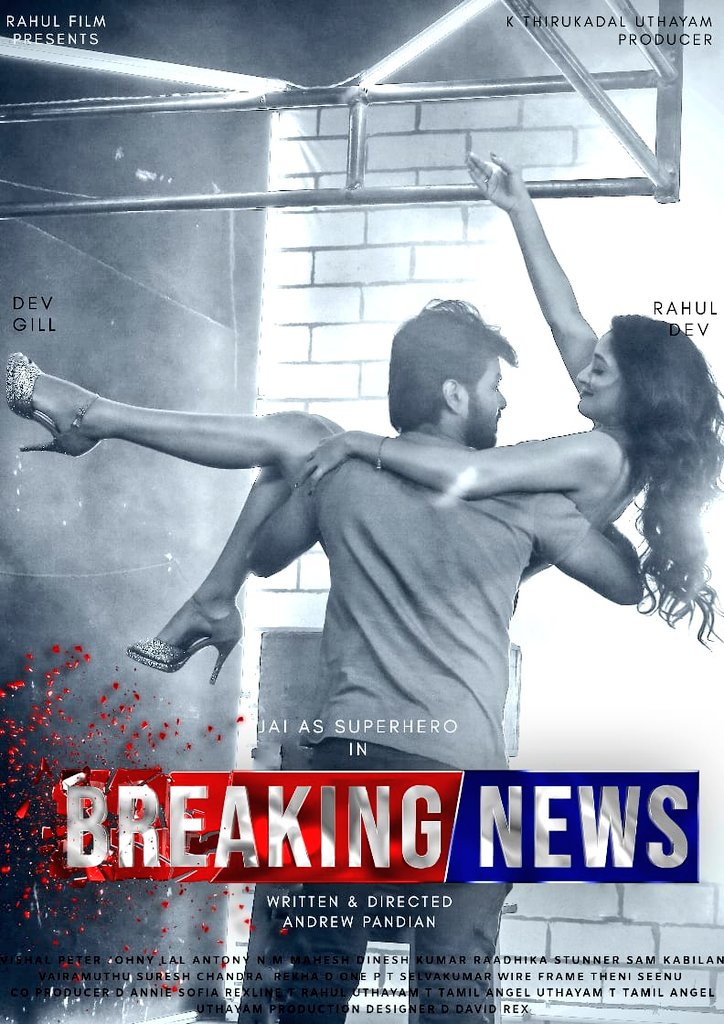 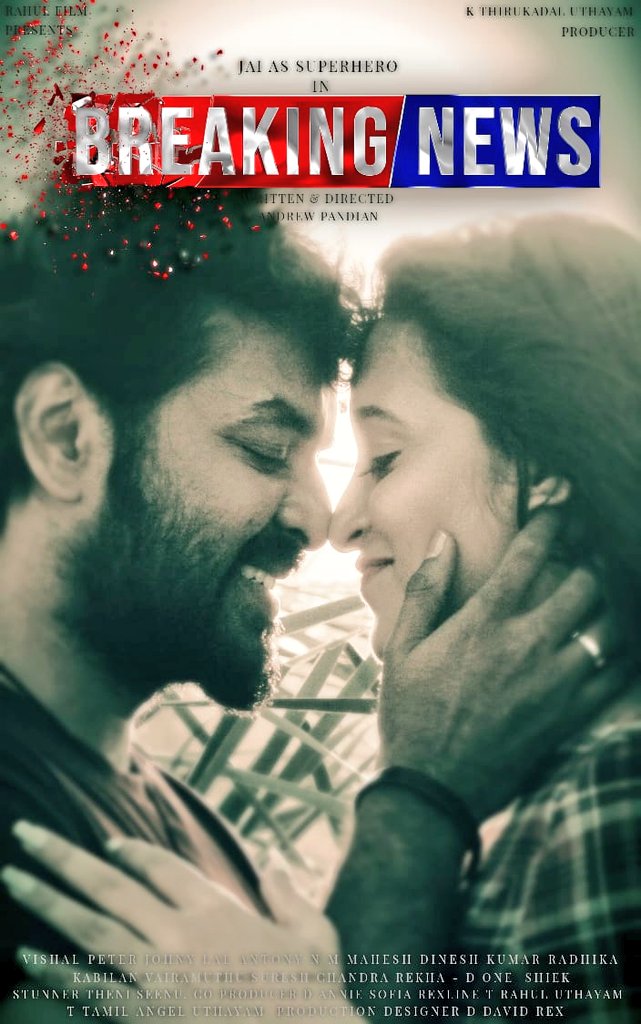 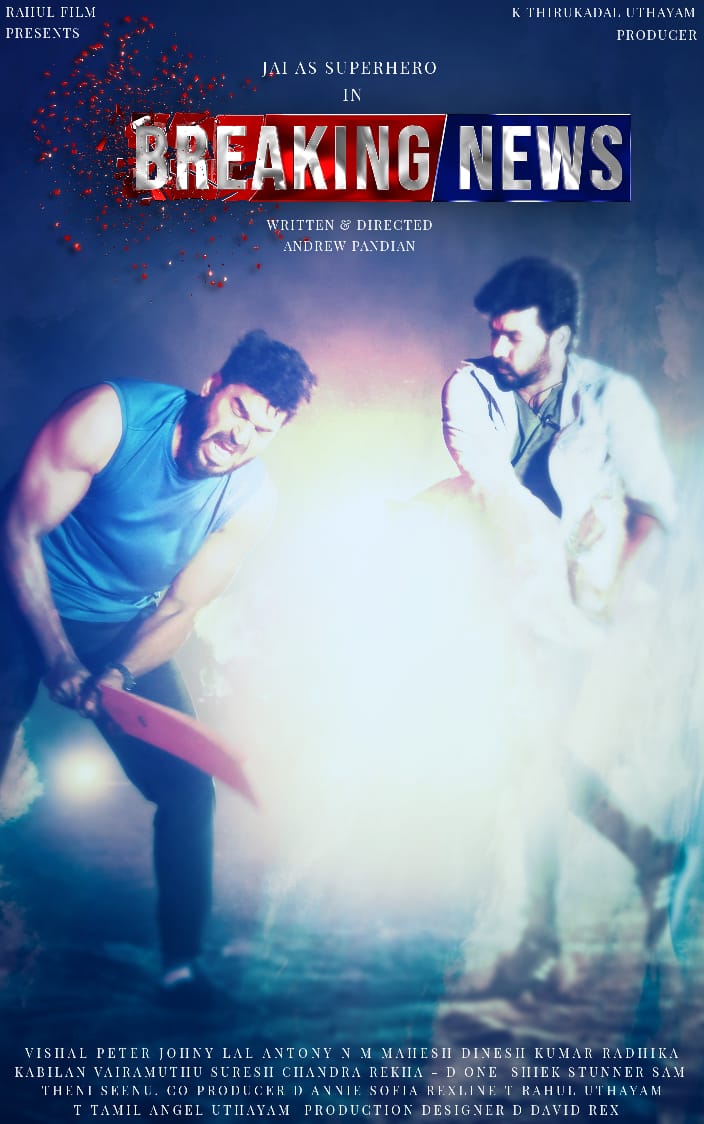