I see Kamal Haasan only as a Bigg Boss PRO - TN Minister after MNM announces actor as CM candidate! 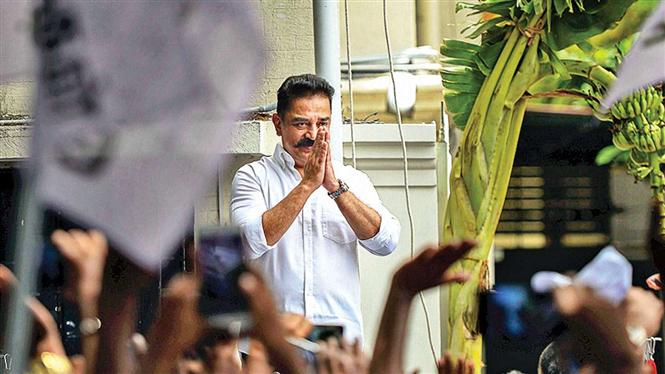 Minister for Fisheries and Administration reforms D. Jayakumar who is from the ruling All India Anna Dravida Munnetra Kazhagam party has criticized Kamal Haasan for confirming to be the Chief Minister candidate from Makkal Needhi Maiyam (MNM) for the 2021 Tamil Nadu Legislative Assembly elections.

"I see Kamal Haasan only as a Bigg Boss PRO. He has been in hiding himself somewhere for the last six months and has now come out as the Chief Ministerial candidate. He doesn’t really care about the people."

MNM made its electoral debut in the 2019-Parliamentary polls and the bye-elections held in Tamil Nadu simultaneously. The party's Vice president R Mahendran confirmed on Friday that the leadership collectively agreed on making Kamal Haasan the CM candidate and putting him in charge of the strategy and finalizing candidates, political alliances for the upcoming elections.