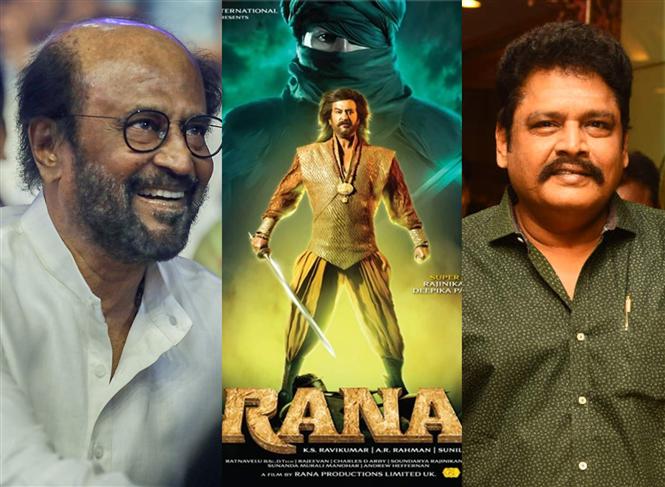 Rana remains to be one of those ambitious Rajinikanth films which took off with great expectations but never got around to materialization. In 2011, Rana went on floors with Rajinikanth all set to play triple roles and Deepika Padukone as the female lead. Eros International and Soundarya Rajinikanth had pegged the budget for the film at Rs. 150 Cr. before the un-fateful events surrounding Rajini's health cropped up that year.

At one point in 2011, when Rajini was battling for recovery in Singapore, his actor-son-in-law Dhanush even went as fas as saying that Rana might be the Superstar's last film. Instead Rajinikanth recovered, ended up doing Kochaidaiiyyan (a prequel to Rana) with the same team and added 7 more films to his career.

Now, in 2020 K.S. Ravikumar who had co-written and was set to direct Rana has revealed that Rajini had asked the director 6 months ago to re-narrate the story to him.

Rajinikanth had even enquired if it would be possible to do such a big-budget historical subject in the current times and Ravikumar is said to have replied positively. The director has also revealed that time seems to be the only constraint for Rajinikanth as of now and hopes that the movie will get revived someday.