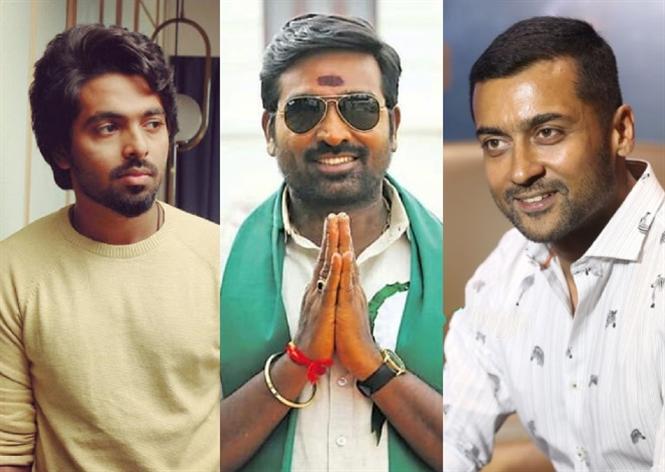 We had reported last month that director Mani Ratnam's Madras Talkies will be producing a web-series for the OTT platform Amazon Prime Video and that it has been titled Navarasa. Mani Ratnam will be directing one of the episodes for it while eight other directors were said to be handling the other 8 episodes of the anthology.

Now, it is being said that actors Suriya, Vijay Sethupathi and G.V. Prakash have been approached to be a part of Navarasa and that they will be directed by the following names:

Besides these three directors, initial reports also suggested that names like Gautham Menon, Karthik Naren and Arvind Swamy will be seen helming the episodes of this digital series.