Vikram to play antagonist in Chiyaan 60? 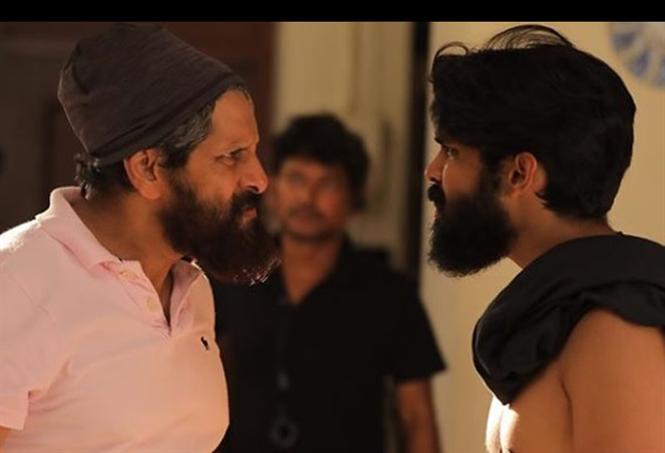 If recent buzz is anything to go by, then Chiyaan 60, actor Vikram's upcoming movie with director Karthik Subbaraj will see him in a negative role. While there are no official confirmations, multiple reports have suggested that Vikram will play the antagonist of Chiyaan 60 while his son Dhruv Vikram will be seen playing the protagonist.

Earlier, some reports also suggested that Dhruv Vikram will be seen playing the younger version of Vikram though it wasn't confirmed either. Touted to be an action-thriller, Chiyaan 60 had a title poster release earlier this month and plans to begin shooting once the government permits Tamil movie filming.

The yet to be titled movie is produced by 7 Screen Studios and has Anirudh for music.