The Parasite-Minsara Kanna Conundrum: All You Need to Know! 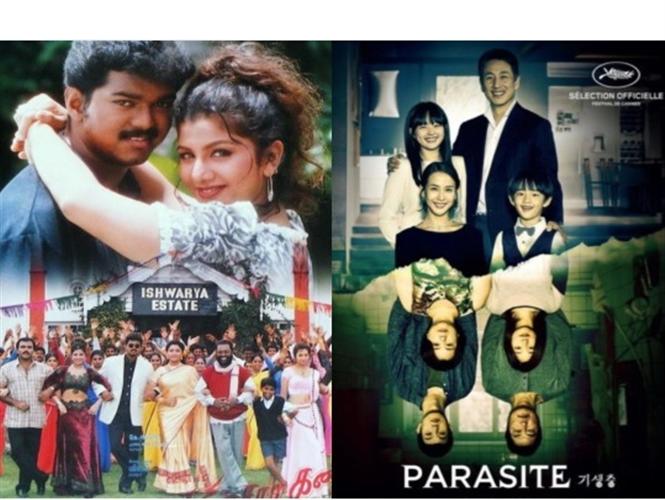 If you didn't already know, a South Korean movie named Parasite recently made history at the Oscars by becoming the first non-English movie [in 92 years of Oscar history] to win an award in the main category [Best Picture]. Parasite and its director Bong Joon Ho have also been particularly on the rise recognition wise, ever since the movie was released in December, 2019.

Post all the dues and recognition, the film-maker from the east and his black comedy of a movie are making noise down South for a totally unexpected reason. A few Tamil movie-watchers had taken to twitter to express that Parasite reminded them of K.S. Ravikumar directed 1999 movie Minsara Kanna and understandably so, since the similarity lies [and ends] with the depiction of one family infiltrating the other without revealing their true identity.

I don't think so.
A very tiny portion of the plot may seem like they have similar storyline with Parasite.
But the story Parasite is telling very different.

Just for the sake of memes🙄

Wow. Now I really really need to watch this movie properly. Minsara Kanna that is. Parasite, the blatant copy for which legal action is righfully being taken, can wait. https://t.co/ZdwAezEkdh

However, insistence on the similarity has taken a deep-dive now and producer Thenappan who holds the rights to Minsara Kanna reportedly is considering his legal options. It is unclear if the producer has watched Parasite but director K.S. Ravikumar has declared he hasn't. Ravikumar has also said that in the event of there being similarities, he is proud of selecting an’Oscar-worthy’ story over two decades ago.

It is worth mentioning here that Parasite is about an actual destitute family impersonating themselves to be someone else in order to infiltrate a wealthy family. The core of the film is a take on class divide between the rich and poor whereas Minsara Kanna was a romantic comedy drama where an extremely wealthy family takes on the role of a working-class one just so they could convince a self-made man-hating lady into accepting their son for her sister. 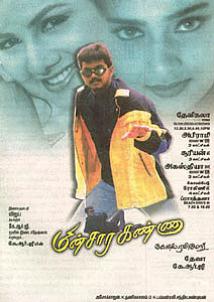