Prabhu Deva teams up with Adhik Ravichandran for Kadhalan Returns

Prabhu Deva will be next teaming up with director Adhik Ravichandran of 'Trisha Illana Nayanthara' fame. The film's title 'Kadhalan Returns' has been named after Prabhu Deva's yesteryear film Kadhalan directed by Shankar. Kadhalan which released in 1994 was a huge hit and was a breakthrough film in his career.

Kadhalan Returns is said to have a never-seen-before genre in Tamil cinema. The first look of the film is set to be unveiled on Valentine's day. Bharatan Pictures is bankrolling the project. 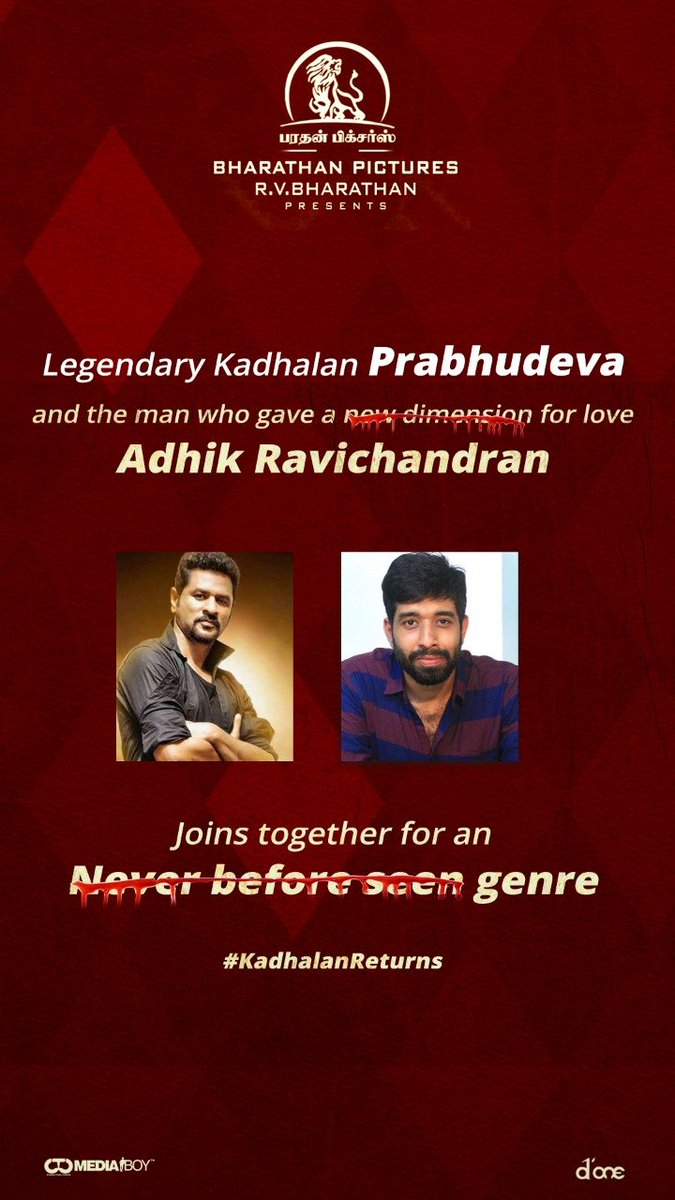