The trailer of Pon Manickavel starring Prabhu Deva and Nivetha Pethuraj in the lead roles is directed by AC Mugil is out. Prabhu Deva plays the role of a cop for the first time in his career. He is seen as an honest, fearless, smart and daring police officer. The film promises to be an suspenseful investigative thriller and has fetched good response from both audience and critics alike.

The movie touted to be an out-and-out action entertainer is set in Chennai and is based on a real-life incident. Produced by Nemichand Jhabak, the film has music by D Imman and is set to hit the screens soon. 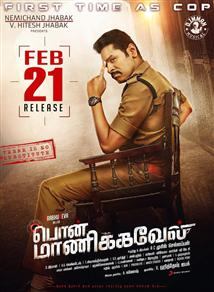