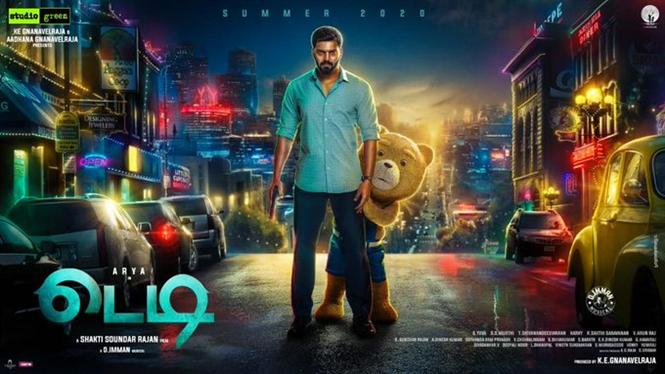 Actors Arya and Sayyesha have teamed up for their first movie together post wedding with director Shakthi Soundar Rajan and the film which is titled Teddy, recently had its first look release. Touted to be a kid-centric film, Teddy is director Shakthi Soundar Rajan's step-away from his usual sci-fi genre (Tik Tik Tik, Miruthan) Also starring Karunakaran in an important role, the film is produced by Studio Green and has Imman for music. 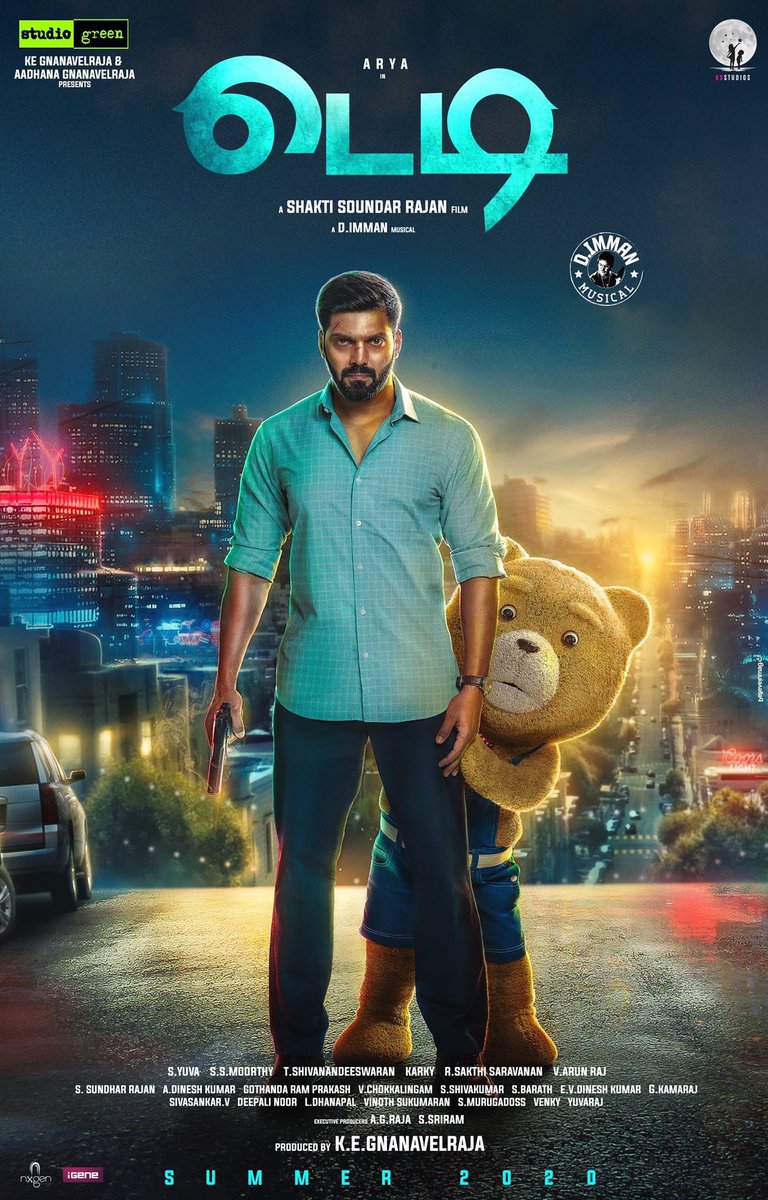