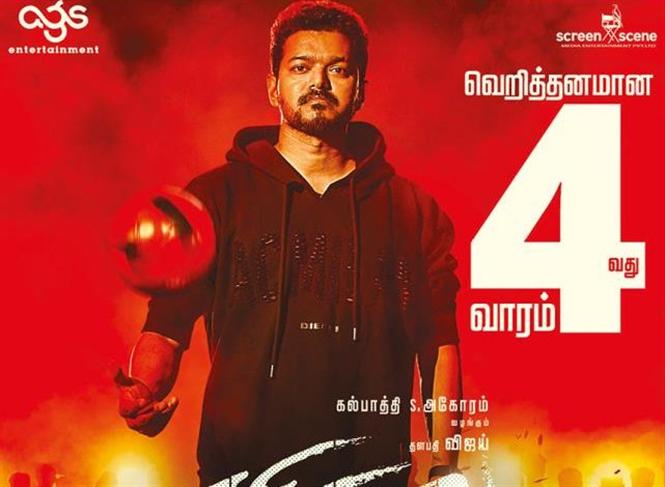 Vijay's Bigil which hit the screens for Diwali has successfully completed three weeks of theatrical run at the Box Office and is into the fourth week now. The film has raked in big numbers in most of the territories across the globe. The sports-drama has minted Rs. 12.93 cr in Chennai at the end of 3 weeks. The other Diwali release Kaithi starring Karthi in the lead role has grossed Rs. 4.79 cr in 21 days.

Both the Diwali releases enjoyed three weeks undisputed run at the Box Office as there we no major film releases which helped Bigil and Kaithi to retain most of the screens. With Vishal's 'Action' and Vijay Sethupathi's SangaThamizhan releasing today (November 15) the box office revenue of the films is expected to shrink in the coming days.

Bigil has already made it to the Top 10 List of All-Time Higest Grossers in Chennai. The film is a tad behind 'Mersal' and 'Viswasam' but it looks highly unlikely that the film will surpass the collection of Sarkar which stands at Rs. 14.75 cr in Chennai by the end of its theatrical run. However we need to wait and see if Bigil will be able to beat Sarkar's record and emerge as Vijay's highest grosser in the city.